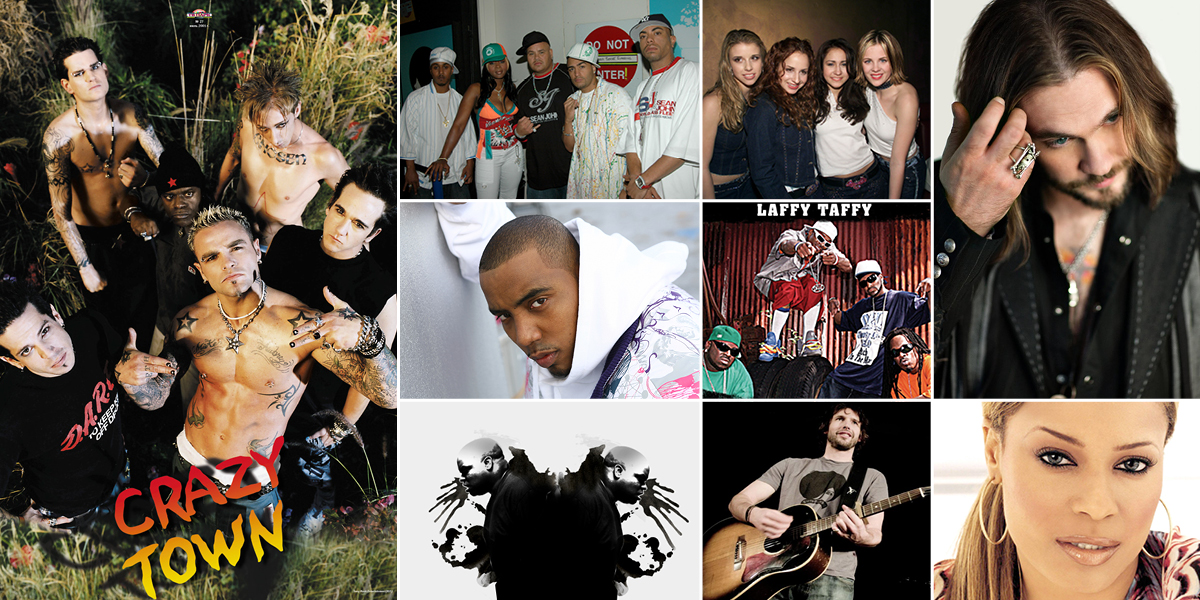 The following artists managed to crack Billboard’s Hot 100 Top 10 list with their very first singles and then never really managed to hit the jackpot again – unfortunately, they never even made it to the top 25 again! Despite their subsequent musical write-offs, the one hit wonders of the likes of Daniel Powter, James Blunt and Gnarls Barkley are still known by all and continue to be loved by all (whether they’ve been overplayed or not). We owe it to these one-hit-makers to honour their scarce yet brilliant work.

Tap any video title to open it in Creation 5

Here is a list of the top 10 one-hit wonders of the past decade, based on Billboard’s calculations of “how high their big songs climbed on the chart compared to how far down the tally their subsequent highest-charting effort peaked.”

Bad Day was used as the roll out song for the 5th season of American Idol and was also used for a Coca-Cola advertising campaign in the U.K. The song became incredibly successful – It went to No.1 in April, remained there for five weeks, and was ranked the most successful single of 2006 by Billboard. Bad Day became the first song to ever sell 2 million digital copies in the U.S. Although the Canadian singer-songwriter’s success didn’t last too long, he did make history!

Terror Squad, the hip-hop collective fronted by Fat Joe, reached the top of the charts with Lean Back in August 2004, gifting the world with one of the most famous dance songs (and catchy choruses) of our time. The song topped the Billboard Hot 100 for three weeks and topped the R&B charts for over a month. Terror Squad’s next single Take Me Home, released that same year, got to No.62. The upshot of their four minutes of fame gets almost every party rocking! (That’s if you party right!).

Crazy Town, the L.A. rap-metal-rockers, soared to No1 in March 2001 with their Red Hot Chili Peppers imbued track Butterfly, and hovered there for two weeks. The band never flew sky-high again.

In January 2006, D4L’s Laffy Taffy hit the bull’s eye when it peaked at No.1. Most of the song’s success was due to its online sales. The song went on to certify three times Platinum. D4L’s next single Betcha Can’t Do It Like Me, however, only made it to No.72.

James Blunt definitely knew how to win a woman’s heart. His stunning ballad You’re Beautiful reached No.1 on Billboard Hot 100 in March 2006. Although the song was ranked No.7 in a poll conducted by Rolling Stone to identify the top 10 most annoying songs, VH1 ranked it No.95 on its list of 100 Greatest Songs of the 2000’s. You’re Beautiful received three Grammy nominations for Record of the Year, Song of the Year and Best Male Pop Vocal Performance and certified two times Platinum in the U.S. James Blunt’s fans weren’t too loyal, though. His next single Goodbye My Lover reached No.66.

It was crazy just how much Gnarls Barkley’s single Crazy stormed the world. The musical collaboration between Danger Mouse and Cee-Lo Green peaked at No2 on the Billboard Hot 100 and topped the charts in the U.K. (where it remained at No1 for nine weeks), Denmark, Canada, New Zealand and many more countries. The track won a Grammy Award for Best Urban/Alternative Performance in 2007 and was also nominated for Record of the Year in the U.K. The song also won Best Song at the 2006 MTV Europe Music Awards and was dubbed Best Song of 2006 by Rolling Stone. The track was certified two times Platinum in the U.S. As for Gnarls Barkley’s subsequent singles well, crazily enough, they didn’t quite make it to the top.

Hit ‘Em Up Style climbed to No2 on the Billboard Hot 100 in July 2001. Blu Cantrell was never really heard of again… Oopsy daisies?

9. Bo Bice – Inside Your Heaven

Bo Bice was American Idol’s runner up, after Carrie Underwood took home the winning prize. They both released their own versions of this song in 2005. Bice peaked at No2 on the Billboard Hot 100 but, after the Idols craze was over, so was Bice. His subsequent highest-charting song The Real Thing reached No56 in May 2006. Sometimes it’s just not meant to be…

Dream, the manufactured American girl band, made it to No2 with He Loves You Not. The song certified Gold – a dream come true. Sadly, though, the dream was over before the girls could say Good Morning. Dream’s next single This Is Me rose to No39 in the summer of 2001.

On the bright side, these artists sure released some unforgettable red-hot tunes!