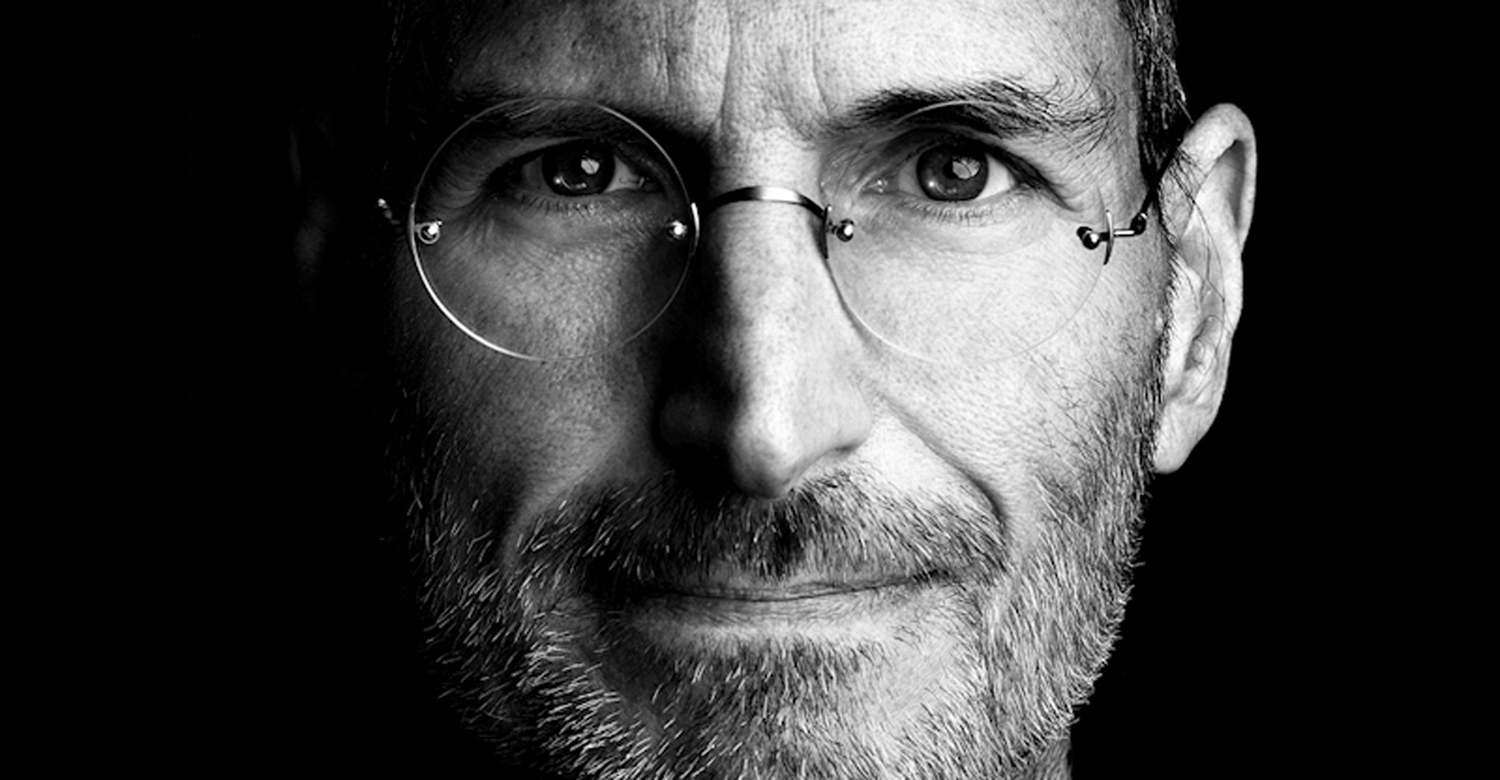 Today would have been Steve Jobs’ 60th birthday and in his honour we have collected together our favourite quotes, videos and images. It’s been 4 years since he passed away, but he remains a role model and an inspiration to many.

The “Father of the Digital revolution” and the “greatest marketer of all time” was indeed a visionary and pivotal to many industries. He has been credited with revolutionising not just the computer industry but the phone, tablet and music industries and even film through another company he co-founded, Pixar.

A world without Steve Jobs
It’s almost impossible to imagine what the world would be like without Steve Jobs. To start with, there would be no Apple. That’s a big void. Without Jobs’ constant pushing the company would never have got off the ground. If you follow that thought through to the end, no Apple means no Mactintosh, iPod, iPhone, iPad, iMac, iTunes. Whoa.

Without Apple the mouse-driven computer with it’s gorgeous graphical interface would never have entered the mainstream and personal computers would have been very different animals. They might even still be beige! yuk! Jobs was an obsessive perfectionist and the creation of icons and his attention to typography made the interface of the personal computer a completely different world. Jobs said “It is in Apple’s DNA that technology alone is not enough. It is technology married with liberal arts, married with the humanities that yields the result that makes our hearts sing..” 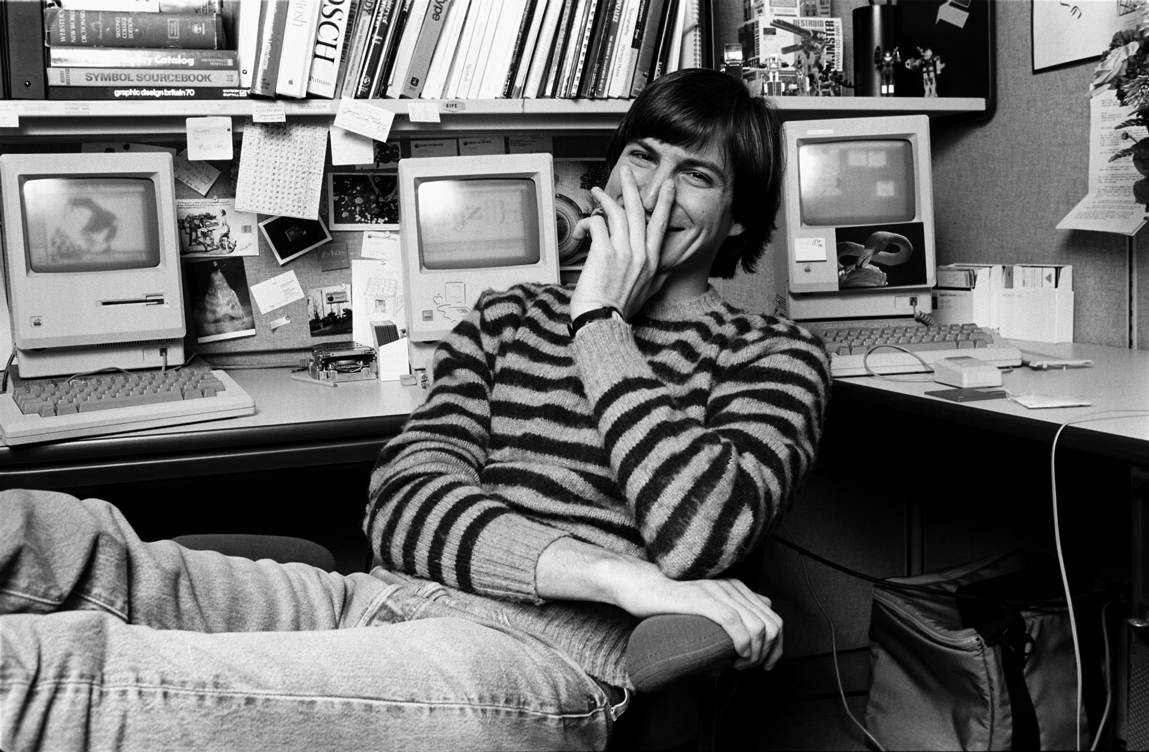 The iTunes music store is certainly responsible for the music download revolution that has seen digital sales soaring way ahead of physical ones. When iTunes first appeared we suddenly didn’t need the CD anymore – we could listen to thousands of songs remotely.

In 2007 Steve Jobs was on stage in California and he removed the iPhone from his pocket and called it a “a phone, an iPod, and an internet communicator”. The iPhone was the first phone to do away with number buttons – it was all touchscreen. Jobs declared the keyboard dead and all the other phone companies laughed. They soon followed suit when consumers bought the iPhone in its millions. 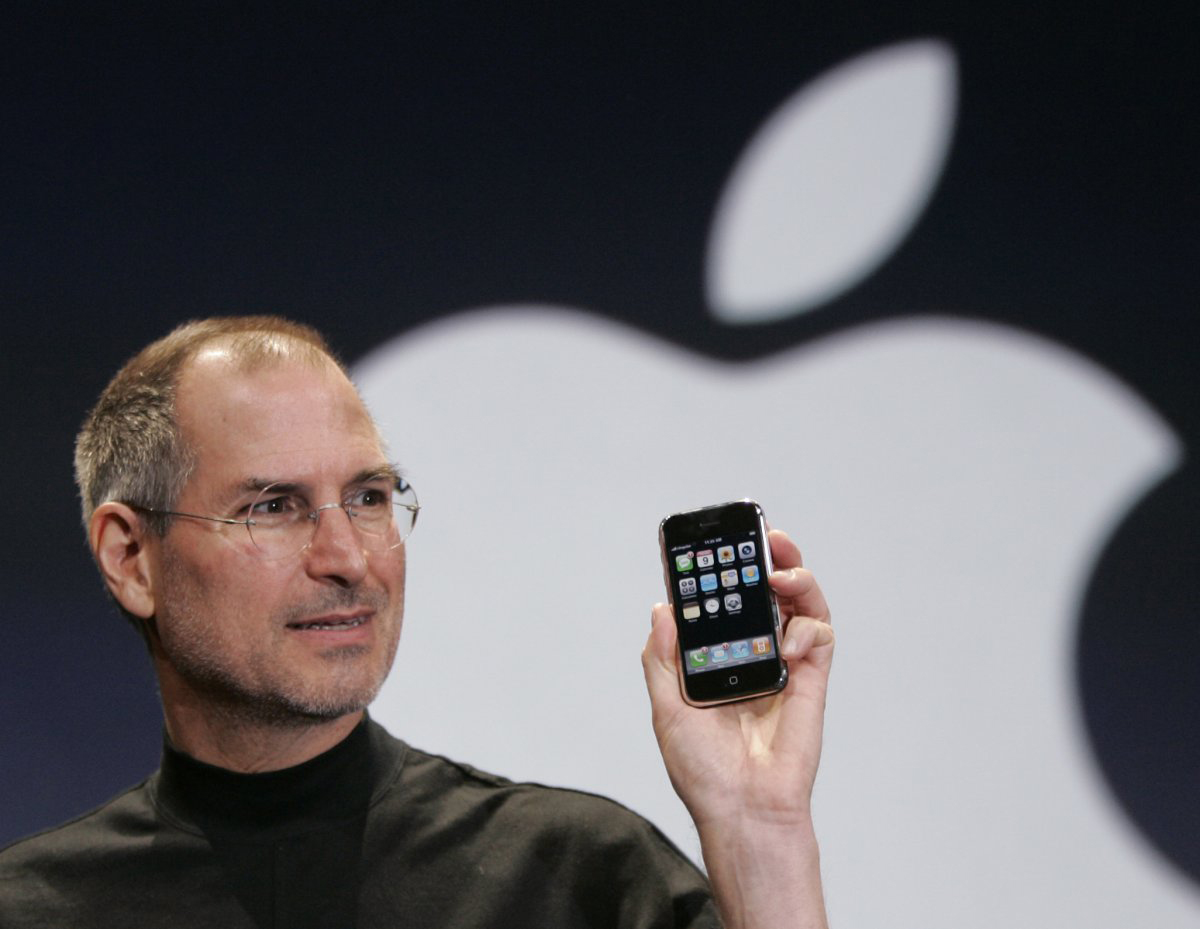 The same revolution happened with the iPad in 2010. It might not have been a new product but it was certainly an innovation. It wasn’t greeted with the same reverence as the iPhone with many seeing it as pointless. But 258 million units later Jobs’ words ring truer than ever: “I don’t believe in market research. People don’t know what they want until we show it to them.” 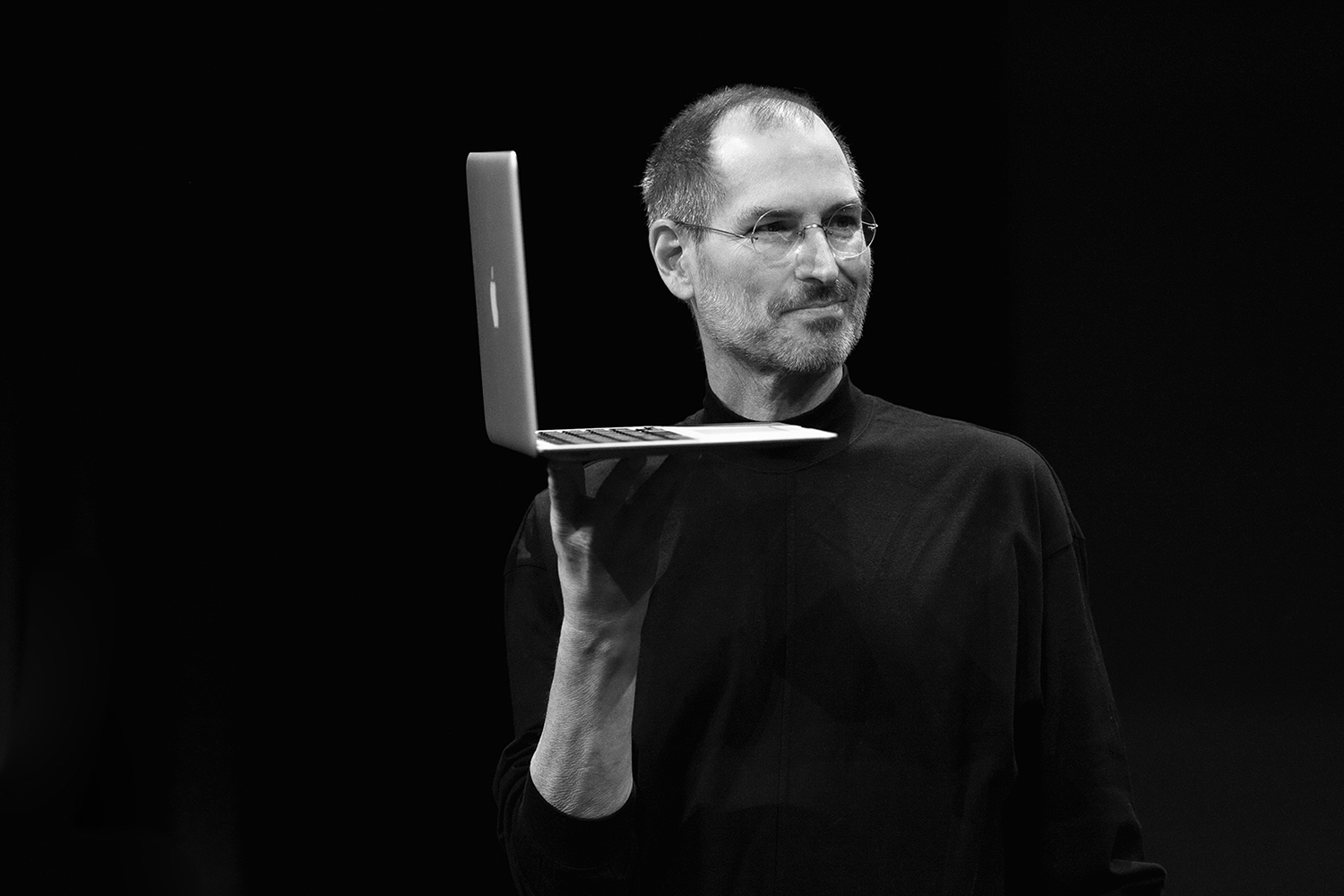 You may well argue that other innovators and inventors would have eventually come round to being as creative as Jobs was. Would they though? All the app icons and smart gestures in use today come from the minimal design inspired by Jobs. The devices would probably be around but covered in buttons and looking like a PC.

Former Apple CEO John Sculley has written a book called Moonshot and he looks at the amazing effect created by Jobs. “Steve was not an engineer — he just saw different things that people were working on and connected the dots between them,” Sculley says in his book.

In an interview with Business Insider Sculley said, “Steve always had an extraordinary talent. He was always a genius. He always saw things ahead of the rest of the world. He had a brilliance that was every bit as apparent back in the era when I worked with him as when we saw him when he was incredibly successful 15 years later.” 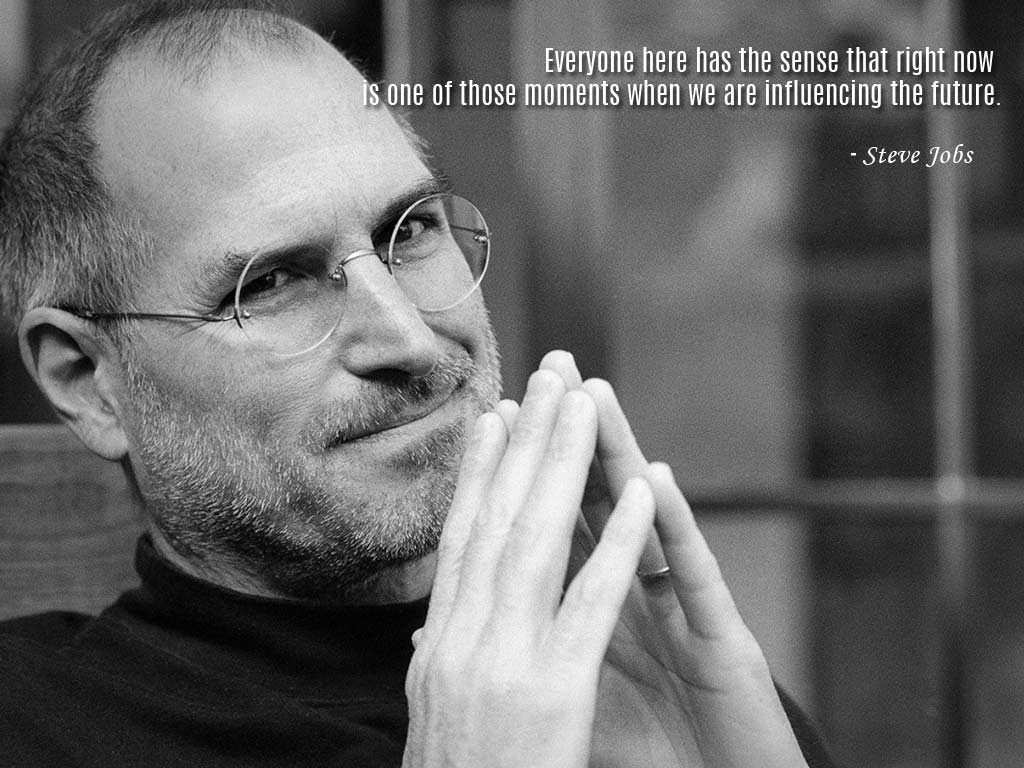 Jobs left us with more than a technological and digital revolution. His quotes and speeches have inspired many. Here are our favourites. 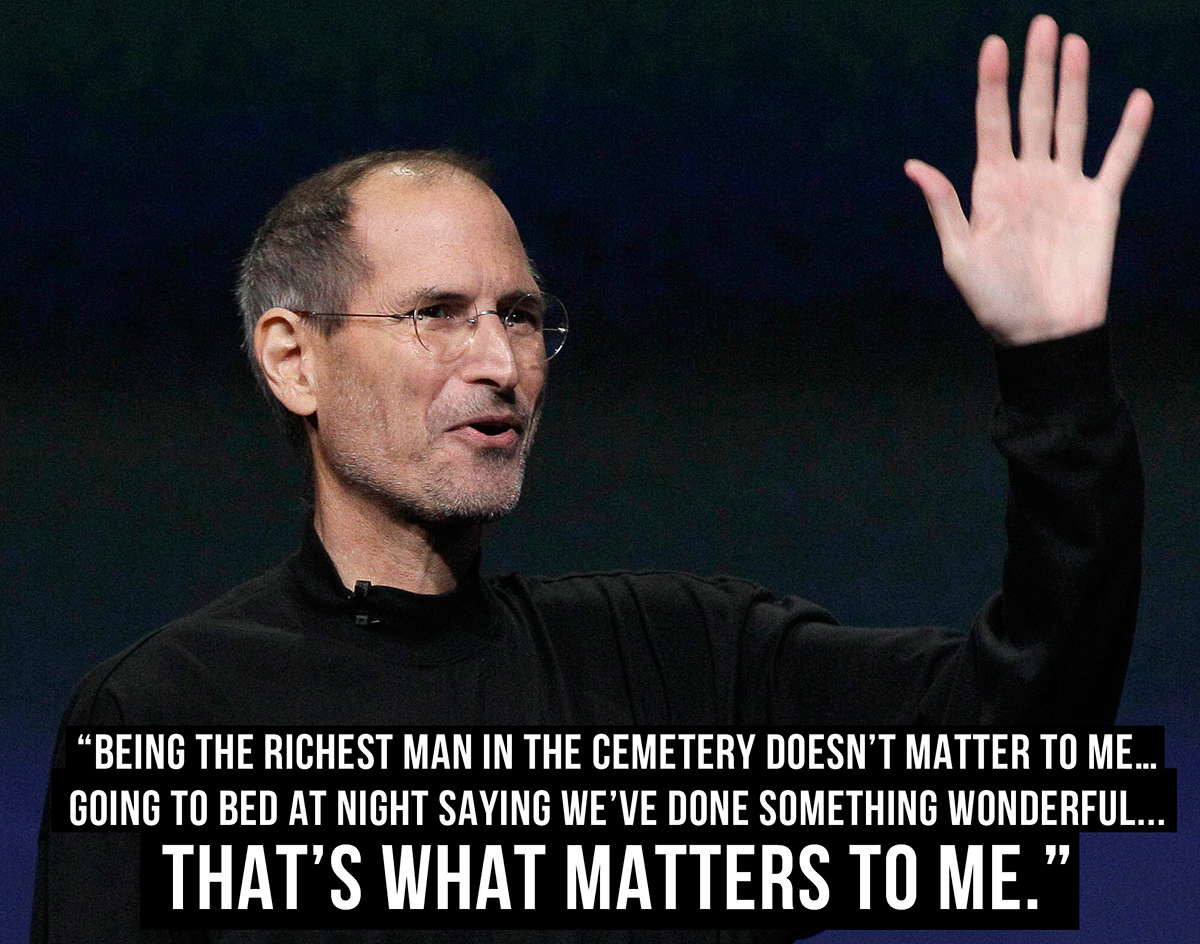 (Tap any video title to open in Creation 5)

Steve Jobs brainstorms with the NeXT team (1985)
This fascinating documentary was filmed from December 1985 to March 1986 at NeXT’s team retreat in Pebble Beach. It offers a rare glimpse of Steve’s vision, aspirations and managerial approach.

To watch more videos on Steve Jobs visit the largest video archive on the web – EverySteveJobsVideo.com 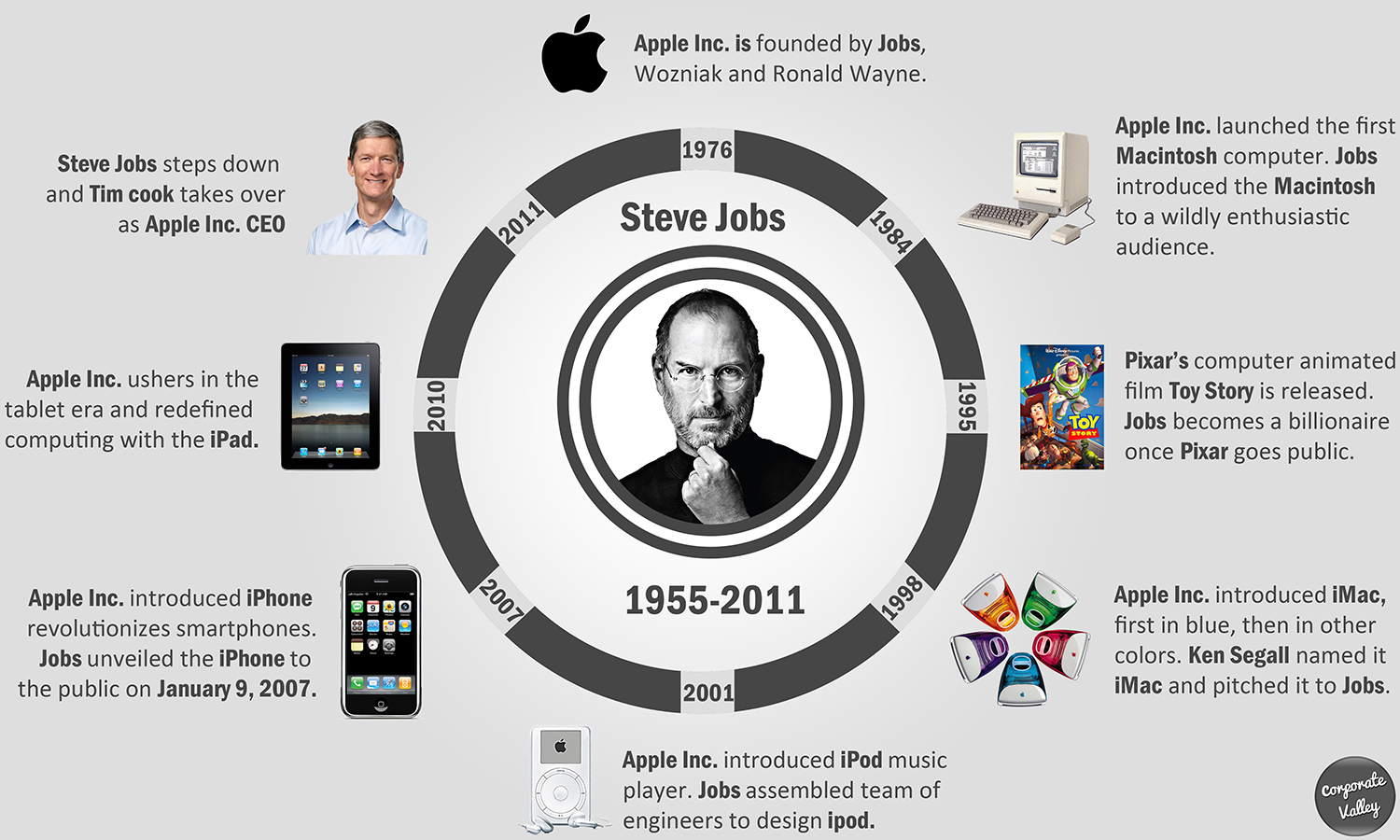