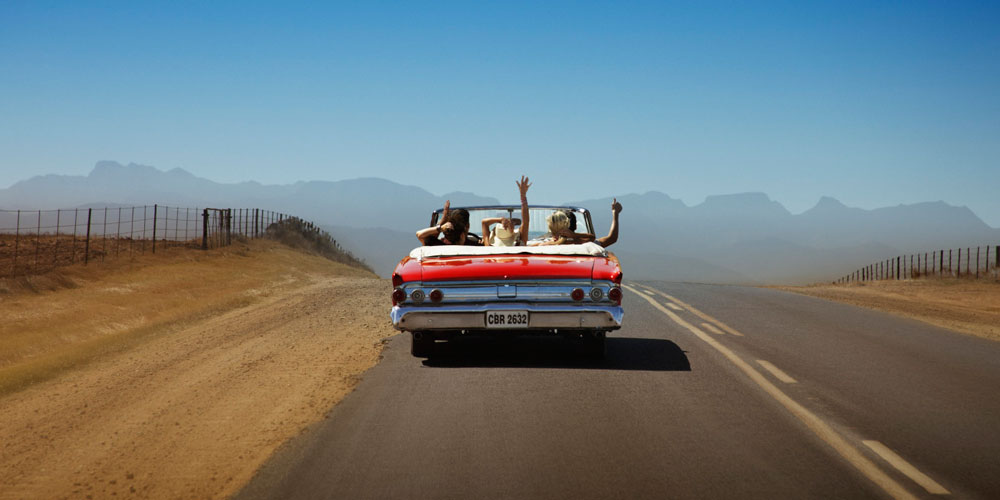 Summer time is just around the corner and a lot of us will be cruising down to the seaside to get all beach-haired and sun-kissed. Road trips up and down the coast, heaps of laughter and plenty of adventure, call for an upbeat playlist, a fun and sunny soundtrack that everyone can sign along to. Here at Creation 5, we’ve taken a trip down the classics highway, have handpicked some all-time gems, and are belting out some good old tunes. So pack your bags, fill the tank and hit the road.

Released in 1996, “Fu-Gee-La” was the lead single from The Fugees’ second album, “The Score”. The song contains a sample of “If Loving You Is Wrong, I Don’t Want To Be Right” by American jazz composer, Ramsey Lewis and the chorus is based on Teena Marie’s song “Oh La La La”. The song went Gold and was the highest-selling single by the legendary American Hip Hop group, whose members include Wyclef Jean, Pras Michel, and the incredible Lauren Hill.

“Mo Money Mo Problems”, featuring guest vocals from Mase, Diddy and Kelly Price, that contains a sample of Diana Ross’ famous song “I’m Coming Out”, is the second single from Notorious B.I.G’s album “Life After Death”. The song was nominated for Best Rap Performance by a Duo or Group at the 1998 Grammy Awards and was the sixth song to hit #1 posthumously for a certified artist. The single is deemed one of the most popular singles in Hip Hop history.

Originally written and recorded in 1965 by R&B artist Mack Rice, “Mustang Sally” gained considerable popularity when Wilson Picket covered the song in 1966, on his album “The Wicked Picket”. The song started out as a joke when Della Reese told Rice that she wanted a Ford Mustang. The song was first called “Mustang Mama” but was later changed to “Mustang Sally”, as suggested by 18-time-Grammy-Award-winner, Aretha Franklin.

This all time classic was first released in 1974, on Lynyrd Skynyrd’s second album “Second Helping”. It reached #8 on the US charts that year and was the Southern rock band’s second hit single. “Sweet Home Alabama” has since appeared countless times in movie soundtracks.

5. The Eagles – Take It Easy (Play this video in Creation 5)

Written by Jackson Browne and Glenn Frey, “Take It Easy” was The Eagles’ first single, released in 1972. It became one of their signature songs, along with “Hotel California” (see below) and many more. According to Rolling Stone, the song has a “ danceable rhythm, catchy, winding melody, intelligent, affirmative lyrics, a powerful arrangement, mixing electric guitar and banjo, and a crisp vocal, with vibrant four-part harmony at just the right moments for maximum dramatic effect”.

6. Neil Young – Heart of Gold (Play this video in Creation 5)

Released from his 1972 album “Harvest”, “Heart of Gold” is Neil Young’s only US #1 single. The song features backing vocals from James Taylor and Linda Ronstadt. Many musicians, including Johnny Cash and Willie Nelson, covered this song. In 2004, Rolling Stone ranked it #297 on their list of “500 Greatest Songs of All Time”.

7. The Mamas & The Papas – California Dreaming (Play this video in Creation 5)

First released in 1965, “California Dreaming” became a symbol of the budding counterculture era. It was ranked #89 in Rolling Stone’s list of “500 Greatest Songs of All Time”.

8. Scott McKenzie – San Francisco (Be Sure To Wear Some Flowers In Your Hair) (Play this video in Creation 5)

Written by John Phillips and The Mamas & The Papas, and originally produced and released by Phillips and Lou Adler, McKenzie’s version of “San Francisco” represents “the unofficial anthem of the counterculture movement of the 1960s”. Released in 1967, the song was an immediate hit and has since sold over 7 million copies worldwide.

9. The Eagles – Hotel California (Play this video in Creation 5)

Released in 1977, on the album that holds the same name “Hotel California”, the song is by far one of the best-known rock songs of all time. The Eagles have described the song as “a journey from innocence to experience… that’s all”. The Eagles won Record of The Year for “Hotel California” at the 1978 Grammy Awards. Rolling Stone ranked it #49 on their top 500 list. In 2009, the song went Platinum.

Co-written by Eric Clapton and Jim Gordon, originally released on the album “Layla and Other Assorted Love Songs” by their band Derek and the Dominoes, “Layla” is one of the most famous love songs in rock music. Clapton took inspiration from the 12th Century Persian Poet, Nizami Ganjavi, and his writings, “The Story of Layla and Majnun”. Rolling Stone ranked it #27 on “The 500 Greatest Songs of All Time”.

Written by Percy Mayfield and first recorded in 1960, “Hit The Road Jack” was popularised when Ray Charles and Margie Hendricks from the Raelettes recorded it. “Hit The Road Jack” received a Grammy Award for Best Rhythm and Blues Recording. The song is ranked #387 on Rolling Stones’ “500 Greatest Songs of All Time”.

Release in 1955, the 12-bar-blues track sold one million copies by the end of the year. “Maybellene” was Berry’s first single release and first hit. According to Rolling Stone, “Rock & roll guitar starts here”.

13. Steppenwolf – Born To Be Wild (Play this video in Creation 5)

“Born To Be Wild” was written by Mars Bonfire and was first recorded by Steppenwolf in 1967. The song became their most successful single. Rolling Stone placed it at #129 on their “500 Greatest Songs of All Time” ranking. The song has been covered by the likes of Etta James, Bruce Springsteen, Wilson Picket and Ozzy Osbourne, and has featured in over 20 film soundtracks, trailers, adverts and tv shows.

Co-written by June Carter Cash and Merle Kilgore, and originally recorded by Anita Carter (June’s sister), the single became universally popular when it was released on Johnny Cash’s 1963 album “Ring of Fire: The Best of Johnny Cash”. Listed at #87 on Rolling Stone’s “500 Greatest Songs of All Time”, and certified Gold in 2010, the song was Johnny Cash’s biggest hit.

Ranked at #108 on Rolling Stone’s list of “500 Greatest Songs of All Time”, “Little Red Corvette” is about a one-night stand with a beautiful and promiscuous woman. Prince uses automobile metaphors to describe his experience. He compares the woman to a “little red corvette” and tells her: “the ride is so smooth, you must be a Limousine”. The song was released in 1983 on his “1999” album and was his biggest hit at the time.

Released in 1988 from her self-titled debut album, the song became a top hit in the US after appearing on the Nelson Mandela 70th Birthday Tribute. The song re-entered the charts in 2011, after Michael Collings covered it on Britain’s Got Talent. Rolling Stone ranked “Fast Car” #167 on their list of “500 Greatest Songs of All Time”.

“Free Fallin’” was the opening track on Petty’s 1989 solo album, “Full Moon Fever”. The song is one of Petty’s most famous tracks and was performed by Petty and the Heatbreakers at the MTV VMA’s in 1989 with Axl Rose and Izzy Stradlin. It was also performed in 2008 at the Super Bowl XLII Halftime Show. Rolling Stone ranks the song #177.

Described as “the song that launched a million iPods”, “Feel Good Inc” was the Gorillaz’s “first song to ever chart on downloads alone”, won a Grammy in 2006 for Best Pop Collaboration, and was “the backing track for Madonna’s first holographic poledance”. “Feel Good Inc” was the lead single from the virtual band’s second album “Demon Days” (2005), and reached their highest charting position to date. The song explores the band’s Hip Hop, drum and bass and funk influences and features De La Soul rapping on the verses.

19. Olivia Newton-John & John Travolta – You’re The One That I Want (Play this video in Creation 5)

Written by John Farrar in 1978 for the musical “Grease”, “You’re The One That I want” is one of the best-selling singles of all time. The single became an international hit and sold over 6 million copies between the US, UK, Germany and France alone. In 2013, the song was still the fifth best-selling single to ever hit the U.K and had sold 2 million copies.

Written by Brian Wilson and Mike Love from The Beach Boys, the song was released in 1964. It was their first number-one hit song in the US and charted at #7 in the UK.

Whether your name is Layla or Maybellene, you’re driving a Mustang or a Corvette, heading to California or Alabama, it’s time to take it easy, dream a little deeper, drive a little faster, get a little wilder… with some flowers in your hair. 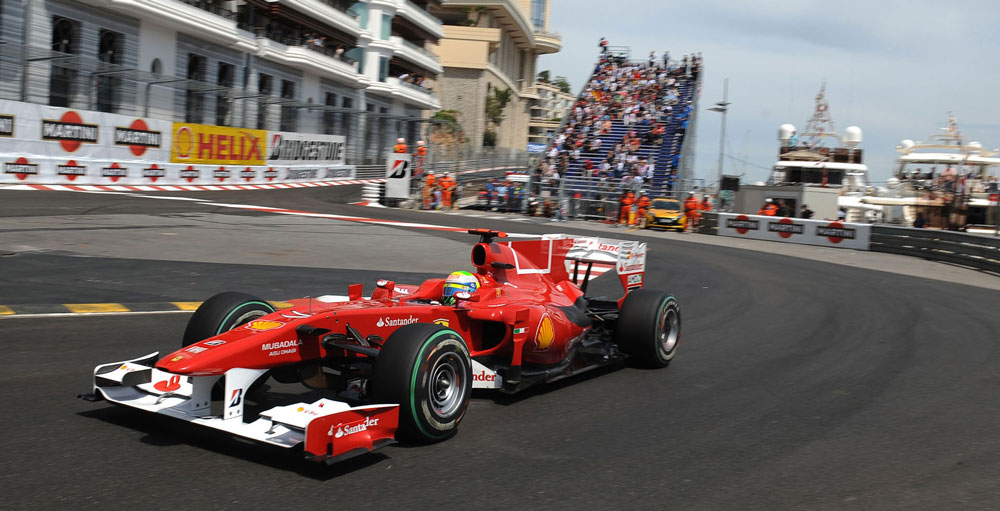