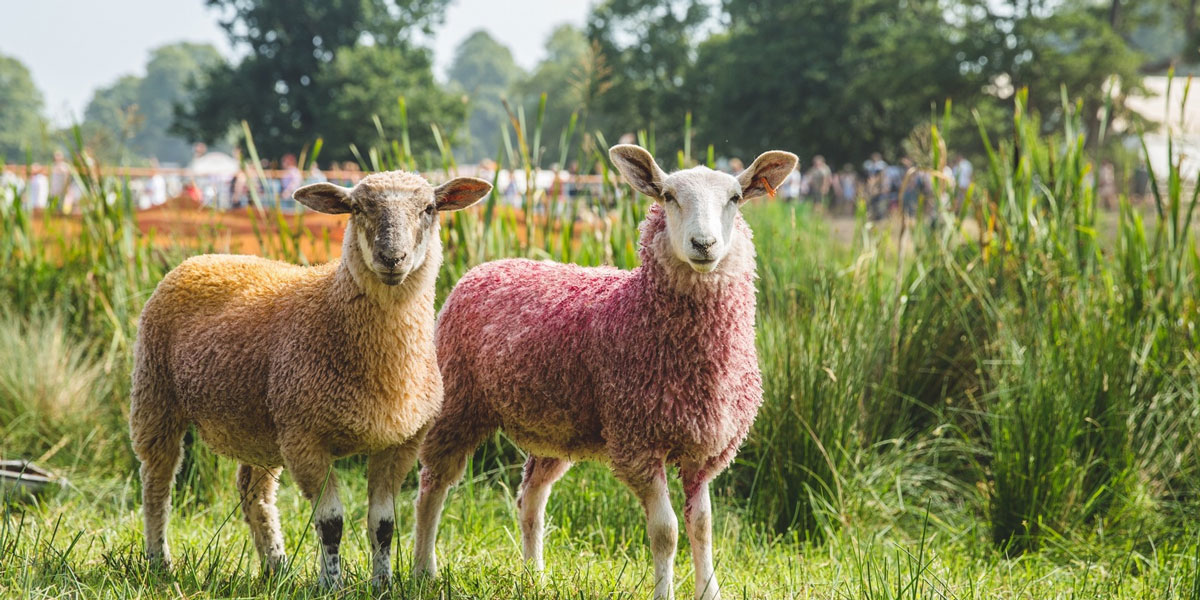 Open’er Festival, first hosted in 2002, has seen the likes of Prince, Coldplay, Bon Iver, Arctic Monkeys, Rihanna, Mumford & Sons, Kendrick Lamar, and many more, rock it’s 3 main stages. Set in old war bunkers on an old Polish airbase in Gydnia, on the Baltic Sea, with at least 60,000 music lovers rocking under the (moonlit) radar, Open’er has managed to maintain its niche-and-undiscovered-feel, despite all its awesome features. Open’er Festival has been referred to as ‘a low-cost Glastonbury’, with fashion shows, silent discos, pop-up avant-garde art installations, graffiti, experimental film screenings, kid zones, libraries, crowd-surfing, and great line-ups on offer.

Info:
• Surrounding the outskirts of the airfield are the 3 main stages:
1. Open’er Stage – Top acts
2. Hear & Now Stage – Quirky bands
3. Beat Stage – Electronic music
• Behind the stages are the food stalls, alcohol vendors, and merchandise stands.
• The music begins everyday at 4pm, which means late-night party-goers can have a lie in, mong-out at the beach and recharge their batteries for another night of raving.

Warning:
• No piggy-backing allowed, as to not block other Open’er’s from seeing the bands on stage.
• No drinking on the dance-floor, for a purely music-infused mash-up! Alcohol-infused mischief happens behind the stages, in the food and drink area.

Montreux Jazz Festival is located on the beautiful Lake Geneva at the foot of the Alps. The multi-cultural music fest, also known as ‘The Pearl of the Swiss Riviera’, is one of Europe’s most prestigious music events of the year. Its legacy hums the words ‘music’, ‘cosmopolitan’, ‘collaboration’, ‘sophistication’ and ‘environment’, and paints a picturesque image of a lake, mountains, palm trees, tropical flowers, and sunset promenades. With its fusion of hip-hop, acid jazz, techno, indigenous African bands – basically any ‘music with a soul’ – roughly 200,000 music connaisseurs flock their way over to exchange an up-close and intimate moment with the diverse array of artists on show, from emerging talents to those at the heights of their careers, from Prince to Ben Harper, from Sting to Joe Cocker.

Info:
• Montreaux still has ‘street cred’ within the artist community.
• There are boats on the lake dedicated to salsa & samba.
• You can enjoy long sunset walks along the promenade.
• Each venue is a short walking distance to the next.
• It’s original location, the old Montreaux Casino, caught fire and burned down in 1971 while Frank Zappa was performing. This event inspired the song ‘Smoke On The Water’ by Deep Purple.

Located near Zaragoza, in the north-east of Spain, kind of in the middle of ‘nowhere’, is an ‘experiment in participation and creative freedom’. The global gathering centered on art is an extension of Burning Man, built on the same 10 principles, of which one of the most important principles is immediacy: so say goodbye to your phones, take a deep breath, let go of your inhibitions, feel the essence, and let the magic reign. Apart from the vital need to own a pair of earphones to tune down the blasting music, many members of the community see Nowhere as a place to grow and connect. Art, healthy-living and personal-growth workshops can be found within the self-built commune. Surrounding the event is an international and participatory feel, tied to a deep sense of idealism, leaving you with a zealous desire to change the world.

Exit Festival takes place in a beautiful and historic 17th Century fortress on the banks of Danube – an idyllic location to launch an eclectic all-night/every-night music festival. Exit was originally organized by university students to protest against Slobodan Milosevic’s government and to alter his awful politics. The word exit was taken from a slogan recalling Milosevic’s regime: “exit at 10 years of madness”. The festival was created as a catalyst for change and as a cathartic way for the Serbian people to collectively heal through the power of music. With its radical politics, medieval setting, and incredible line-ups, enhanced by the incredible natural acoustics brought about by the stonewalls, Exit has become one of the most popular festivals in the world.

Info:
• The music on offer at Exit ranges from mainstream acts to underground electronica, metal, punk, experimental, and more.
• While the Main Stage (mainstream) attracts 30,000 attendees, the Dance Arena (electronica) attracts 25,000 ravers.
• Although headliners end at 12pm, Exit-ers can attend the ‘after 2am’ dance raves.
• Other stages include the Explosion Stage (rock, metal, punk), Fusion Stage (up-and-coming) and Suba Stage (experimental).
• There are ‘chill-out’ zones dotted around the village, with hammocks, shade and chairs.
• There is also a sports arena and an open-air cinema.

Described as “entering Narnia”, Latitude is an award-winning, family-friendly, camping-oriented music and arts festival, so great, it’s regarded as one of the cultural highlights of the festival season. Set amongst fields of multi-coloured sheep, a fairy-lights-scattered wood, and a gondola-filled lake, Latitude is more than just a music festival with a great line-up. It offers a taste of everything for everyone, including film, music, comedy, literature, theatre, poetry, and more. Also known as Britain’s ‘middle-class’ festival, Latitude changes its theme every year. This year, the theme is ‘secrets’ and the heart of the matter is to explore the intricate relationships between the private and public worlds of individuals, communities and society as a whole.

Info:
• Stages: BBC Radio 6 Music Stage, Lake Stage, Oblisk Arena, and i Arena.
• Music: A mixture of mainstream, obscure, experimental and eccentric.
• There are hidden DJ performances in the woods and an opera by the lake.
• There is a family campsite with 24h security, bathrooms, showers, etc.
• There is a Children’s Arena, which is a festival in itself!
• There is an Inbetweeners Arena for teens.

Wanderlust is a festival created for the holistically-minded and health-conscious, interested in nourishing their mind, body and spirit. What a perfect way to disconnect from the madness, with daily yoga classes, live music, farm-to-table food, inspirational speakers, outdoor adventures, paddle-boarding, surfing, healing vibes, and a beautiful natural setting overlooking Lake Tahoe.

Due to its close proximity to the beach, Benicàssim attracts a young and party-oriented crowd, seeking a fun-loving, music-craving, sun-kissed weekend, with live music blasting from 5pm-8am. Benicàssim is considered to be one of the best festivals on the international festival circuit, with a line-up that mostly focuses on mainstream pop, rock and electronica acts, and with short films, fashion shows and art on offer.

Melt! is an ‘industrial-meet-electronic’ music festival located amidst giant machines and monuments from the machine age, within the industrial museum of Ferropolis. Showcasing some of the best European Tech DJ’s (nearly 100 of them) on a backdrop of colourful lighting, disco balls suspended from trusses and flame-throwing cranes, the ‘Dance City of Iron’ never sleeps. The weekend-long party-festival-fever, spread across 6 floors, has seen the likes of Laurent Garnier and Richie Hawtin set fire to the stage.

Info:
• Located on Lake Gremmin, you can take a dip and soak up the sun at sunset, whilst watching the Beach Stage.
• Stages: Main Stage (indie, techno, house – from 3pm to 7am), Sleepless Floor (open around the clock until Monday morning), Gemini Stage, Big Wheel Stage, Intro Zelt Area, Beach Stage.
• Melt! took home the best medium-sized festival award in 2013

Fuji Rock Festival, powered by solar energy and biodiesel, aims to be ‘the cleanest festival in the world’, inducing a huge recycling awareness within the grounds and encouraging members to think about social issues. Located amidst a flawless mountain forest in the Noeba Ski Resort, one of Japan’s biggest ski resorts, Fuji Rock hosts the largest music event in the land of the rising sun, with 100,000 to 150,000 festival-goers. The festival showcases the best of local and international bands and DJ’s across their many stages: Green Stage, Red Marquee, White Stage, Orange Court, Field of Heaven.

Info:
• Green Stage (40,000 attendees) has large screens dotted around the venue.
• Red Marquee is the only indoor stage, with room for only 5,000 people. It comes alive at night, with dance acts and DJ’s playing till dawn.
• The Stoned Circle provides drumming lessons for everyone.
• The Forest Broadwalk Trail takes you from stage to stage, with hammocks and quirky sideshows hidden away in the forest.
• The main attraction is the Dragondola cable-car, the largest gondola lift in the world. It takes you 5km up to the top and has spectacular views overlooking the site.
• Oasis provides an array of international cuisines, eg. African, Hawaiian, Japanese.
• There’s a Kidsland and a Nursing Space.
• There’s even a natural hot spring spa!!

Splendour In The Grass doesn’t feel like a music festival. Instead, it feels more like a “country fair on steroids… with great headliners for good measure”. The hip and groovy music festival, parked on Byron Bay’s sandy beach, offers heaps of super popular music, DJ’s, crafts, food-trucks, smoothies, yoga, meditation, teepees, pop-up shopping malls, art installations, massages, workshops, kids areas, spa activities, circus performers, and dancing under the stars at the moonlight fire show. The Global Village surfer’s paradise puts forward a variety of music in different venues, some of which incorporate food directly into the music experience, with mariachi bands and margaritas (Mexican Cantine) and cocktails on the dance-floor (Smirnoff Cocktail Bar).

Info:
• For it’s charitable cause, the fest donates money to schools on an annual basis.
• Splendour has been granted the Greener Festival Award for its various sustainability initiatives.
• Amongst its many stages is a busker stage, supporting local talent.
• For those of you with kids, Little Splendour will keep them occupied. 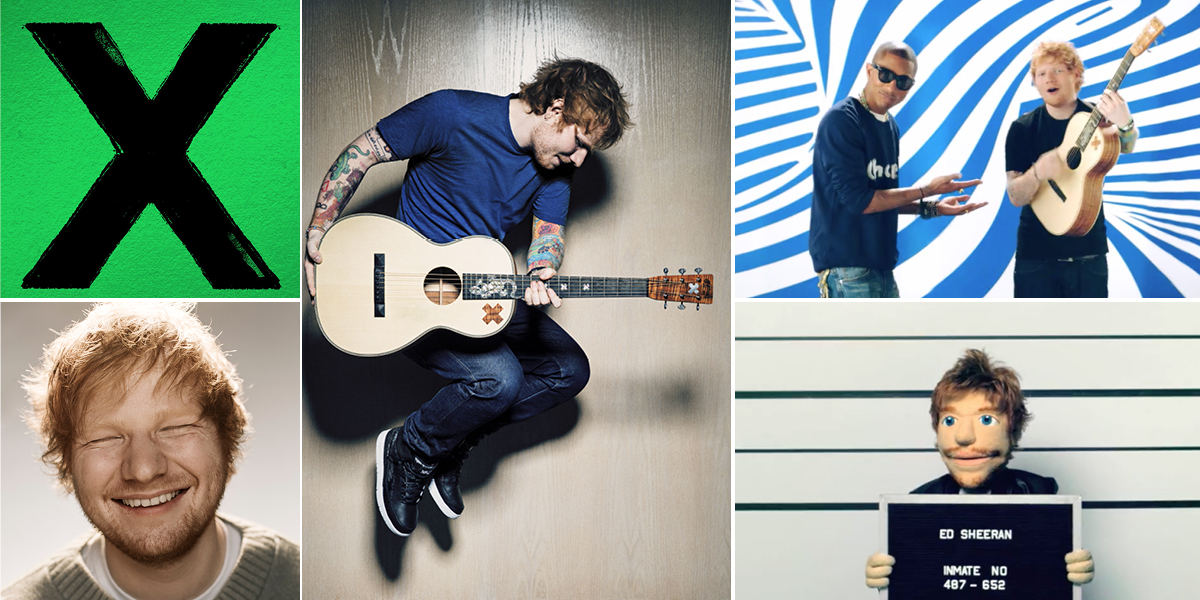