The Top 10 Nightclubs in the World

If you’re the type that likes to party, then we know you’ve been to a few night clubs in your time, but have you been to the biggest, best or most luxurious? They may be scattered across different countries and continents, but what they all have in common is a great combination of decor, DJs, atmosphere and unbeatable cocktails.

1. Pacha – Ibiza, Spain
Capacity: 3.000
Consisting of five different rooms and featuring a variety of music, there’s something for everyone at Pacha! The R&B hip-hop Global Room, which was the first main room back in 1973, the Funky Room for an array of 80s and 90s disco beats, the new Main Room for house and techno, the downstairs which features Sweet Pacha for retro pop, and then up on the Roof Terrace it’s a place for lounge and chillout.
Although party goers flock to Pacha for the fantastic cocktails and aforementioned set up, nothing tops the resident DJs that really give the place its massive reputation. Bob Sinclair, David Guetta, Swedish House Mafia and Goldfish are just some of the sought-after artists making the place what it’s turned out to be: a party heaven.
http://www.pacha.com/es/

2. Ministry of Sound – London, England
Capacity: 2.000
Revolving around the ingenuity of music and dance together, it features a sprung floor which enables you to dance for hours without tiring and a specially-built roof to contain the sound. It was London’s first club devoted to the American house music, therefore a landmark in history. Among the famous artists that play there are: Calvin Harris, Mark Knight, Fedde Le Grand, Eric Prydz, Laidback Luke and so many more.
You know a club takes its music seriously when it has its very own record label and radio station. With its unbeatable sound system, incredible strobe lights and distinguished design, it has made itself out to be one of the best international nightclubs of all time.
www.ministryofsound.com/club

3. The Bank – Las Vegas, United States
Capacity: 1.000
Complete and utter luxury would be a good way to describe this gorgeous club. Located inside the Bellagio Hotel and Casino at the heart of the world famous Strip, the Bank is seen as the jewel in the crown of Las Vegas nightlife. Upon entering you pass 500 bottles of Cristal Champagne hanging from the ceiling, and it’s glass-encased dance floor just adds to the jaw-dropping experience. This distinguished club offers only the best in packages when it comes to group events. They can arrange almost everything and anything to sculpt your party into a serious VIP affair.
www.thebanklasvegas.com

4. Zouk – Singapore
Capacity: 1.500
Said to be a ”national phenomenon”, this is one of the oldest and most popular nightclubs in Singapore.The club is named after the French Creole word for ‘party’ and the parties here define the word ‘crazy’! Featuring four interconnected clubs within the complex: Zouk, Velvet, Ungerground, Phuture and Wine Bar. Mimicking the great idea of Pacha of having different clubs within one club. Wine Bar is the most recent addition and features a contemporary design and relaxed setting. The club’s logo has remained unchanged since its birth, “The Zouk logo uses pseudo Arabic script because of the origin of the word ‘souk’,” explained Zouk’s Head of Marketing and Events, Timothy Chia. “The logo is a mixture of the sun, the all seeing eye and the sea.” It’s slogan has become a kind of mantra: One World, One Music, One Tribe, One Dance.
www.zoukclub.com

5. Green Valley – Camboriu, Brazil
Capacity: 4.000
The combination of exotic women, the incredible location, and renowned artist Armin Van Buuren self proclaiming it to be ”the best nightclub in the world”, how could it not make our list of top nightclubs worldwide? It’s certainly the best open air dance space you will ever witness. In a story published in 2012 in Forbes magazine about the ascent of electronic music in Brazil, the city of Camboriu was presented as “the captial of e-music” – due mainly to the presence of Green Valley and another club, Warung. Green Valley draws the superstars of the DJ world to play in it’s breath-taking location.
http://www.greenvalley.art.br

6. LIV – Miami
Capacity: 900
This nightclub seems to be home of hip hop artist celebrities and Hollywood A-listers. There’s no surprise there, as this really is the place to be if you’re in Miami and in search of a truly exclusive night life experience. The high-energy vibe and awesome layout keep people coming back for more. You can be a VIP in one of the skyboxes and have a birds-eye view of the most beautiful people in Miami. These parties will last all night long, and the hangover will be worth it!
http://www.livnightclub.com/

7. Cielo – New York City, United States
Capacity: 350
Located in New York City’s Meatpacking District, this legendary nightclub is outright loved and adored by the locals. It runs on pure underground dance music and the people who can’t get enough of it. The intimate space makes for a ”back to basics” feel that is said to have a womb-like, sonic warmth. Cielo is the brainchild of co-owner Nicolas Matar who’s experience comes form being a DJ for more than 20 years – known mainly for his residency in Pacha, Ibiza. The clubs ‘Funktion One’ British-designed sound system is like no other, it’s all about the music and dancing at Cielo – their motto is “Dance.Here.Now”. Their website says “Cielo is a haven for mature individuals seeking intelligent nightlife with neither the hassles of large clubs nor the elitism of upscale lounges with too many VIP rooms.” See you on the dancefloor then.
http://www.cieloclub.com/

8. The Viper Room – California, United States
Capacity: 250
Once co-owned by actor, Johnny Depp, The Viper Rooms’ musical stage was a playground for some big legends back when it first opened in 1993. Johnny and his band often took the stage, joined on occasion by Flea (Red Hot Chili Peppers) and Steve (Sex Pistols). Following them was Bruce Springstein, performing impromptu concerts and then there was Johnny Cash, who was introduced to the stage by Depp himself with the words ”Ladies and gentlemen, I can’t believe I get to say this: Johnny Cash!”
Since then it has remained the hang out for the biggest names in Hollywood, and to this day a humbling supporter of local music. Regulars have included Jennifer Aniston, Lisa Marie Presley, Angelina Jolie and Leonardo DiCaprio.
It’s intimate interior makes for a great place to get together and enjoy up and coming artists who perform there regularly. However, things at the Viper Room have not always been peachy… with Tommy Lee charged with battery and River Phoenix dying of an overdose on a Halloween party, that’s just some of the tragic scandals that have occurred within it’s dark walls. But don’t let that put you off – it’s a must-do visit if you are in LA – check the website to see who’s performing.
http://www.viperroom.com/

9.) Cavo Paradiso – Mykonos, Greece
Capacity: 3.000
With an address like Paradise Beach, you know you’re on the right track. This enchanting club was built on a dramatic clifftop overlooking the Aegean Sea. The architecture stays true to the beautiful surrounding nature and many would agree the interior design gives the impression of being in a grand, luxurious aquarium. With a massive pool as the centerfold, and a seriously endless list of fantastic DJs that have played there and been back to play again, you can imagine why thousands of people cram themselves in for a rave night after night. It’s an experience everyone should have under their belt!
http://www.cavoparadiso.gr/

10.) Womb – Tokyo, Japan
Capacity: 1.000
This place has a heartbeat sounding of techno, electro and drum & bass – Tokyo style! It’s sound system has rave reviews, with digital frequencies in such high quality it has been causing many-a-eargasm. The four-floor glitzy club heaven features many overseas artists for events, but mainly keeps it local with a long list of talented Japanese DJs, some already in the midst of it all, and others still trying to get a foothold in the competitive field. Womb takes it parties to another level of quality commotion, with one of it’s most famous being the ‘Womb Adventure’ festival, hosted every year and attracting up to 10,000 people every edition!
http://www.womb.co.jp/ 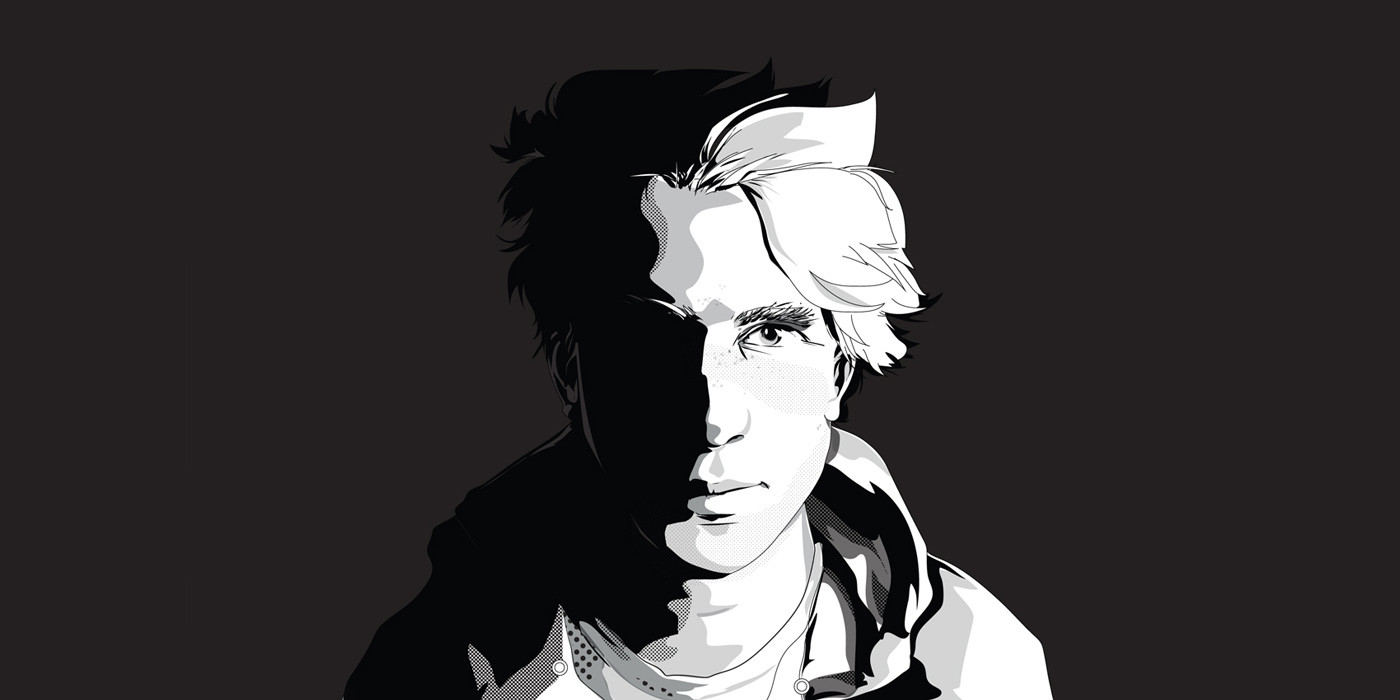