It’s the end of 2013, and as a go-to source for everyday online discoveries, Soundcloud still remains unmatched. We’ve cobbled together our favourite tracks from this year that are available on the platform and put them in a handy list for your listening convenience.

They’re picked from a variety of genres; some are relatively famous where others are obscure. Some are off the year’s standout albums while others are one-off greats. All, we think you’ll agree, are intrinsically special. Curating great music for you, after all, is what we here at Creation 5 are best at.

In no particular order, then:

Haim – The Wire (Tourist. Remix)
It’s impressive how utterly Brit producer Tourist. has reinterpreted all-girl sibling trio Haim’s pop rock jaunt ‘The Wire‘. To transform it into an earnest dance-worthy mix, he’s pressed a bare percussive skeleton through longing vocal trails, bringing it all together over a spirited backbeat. The result, as you’ll see for yourself, is both imaginative and downright addictive.

No Joy – Last Boss
Montreal shoegaze duo No Joy have had a great year, musically. Their November EP ‘Pastels And Pass Out’ starred this track as lead single, and for good reason. It’s unclear whether ‘Last Boss’ was inspired by the Mario videogame series – but while you’re floating through thick guitar haze on the lost voice of singer Jasamine White-Gluz, it seems quite irrelevant.
This is music to daydream to.

Frame/Frame – Pastels
New Delhi producer Frame/Frame released his debut EP this year, and it featured his first truly arresting music – ‘Pastels’, combined with one of those rare videos that does justice to its source material, was easily one of the catchiest songs we’ve been hooked to all year. Find out why.

Gesaffelstein – Pursuit
French techno producer Gesaffelstein released his debut LP this year, and teamed up with Fleur and Manu to create a masterful video for this evil, throbbing track. Feature ‘Pursuit’ on any dance mix to create an instant party centered around its ritualistic bassline.

David Bowie – Love Is Lost (Hello Steve Reich Mix by James Murphy)
James Murphy of LCD Soundsystem has been in the news lately for producing the last Arcade Fire album, but his remix of David Bowie’s ‘Love Is Lost’ was his year’s true high point, rebuilt around the sound of hands clapping in a mammoth ten-minute masterpiece that has to be experienced to be believed.

Four Tet – Parallel Jalebi
Four Tet, one of the largest names in British electronica today, dropped a massive rarities mix 0181 earlier in 2013 that was a definite winner. This track, however, is the stunning lead single off his newest album Beautiful Rewind. The ethereal female loop that is deftly rewound over throughout the track is the real hero here, though Four Tet’s flawless production helps cement it as a playlist staple.

Forest Swords – The Weight Of Gold
This lead single off Engravings, arguably one of the top albums of the year, is a glorious distortion of strings, booming foghorns and jittery guitar-work. ‘The Weight Of Gold’ (and indeed this entire haunting LP), deserves to have its depths plumbed over and over. Tune in and no doubt you will be forced to oblige.

Apparat – K&F Thema (Pizzicato)
In a career best moment, German veteran Apparat released his most astonishing album yet, Krieg Und Frieden, this year. It’s tough to choose between the classical electronica compositions on the record, extensions on his work for the German theatrical version of War and Peace. ‘K&F Thema (Pizzicato)’ is plucked to a longing tune until the violin sweeps in to repaint everything, and is perhaps the most directly approachable track on the record.

Dale Earnhardt Jr. Jr. – Dark Water
If there were ever a 2013 earworm particularly deserving of attention, it’s Dale Earnhardt Jr. Jr.’s intensely hummable ‘Dark Water’. The instantly recognizable whistled refrain that punctuates ominous pop sensibilities is only a quick reminder of exactly how smart this entire album, The Speed Of Things, really is. Give it a listen in its entirety and you won’t come away disappointed. In the mean time, this album shiner is up for free download on Soundcloud.

Kittens Of The Internet – Living The Dream
New Zealand has seen a surge in talent in 2013, be it underage pop sensation Lorde or this year’s Booker winner Eleanor Catton. With this first single, Auckland duo Kittens Of The Internet hop on that bandwagon and establish themselves as more than just a clever band name – this sultry voice will stay in your head all day. 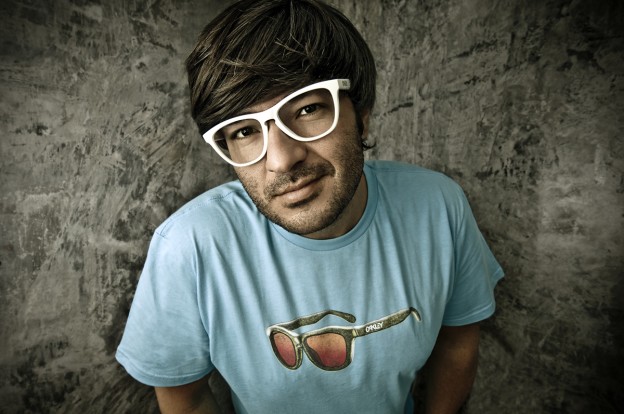