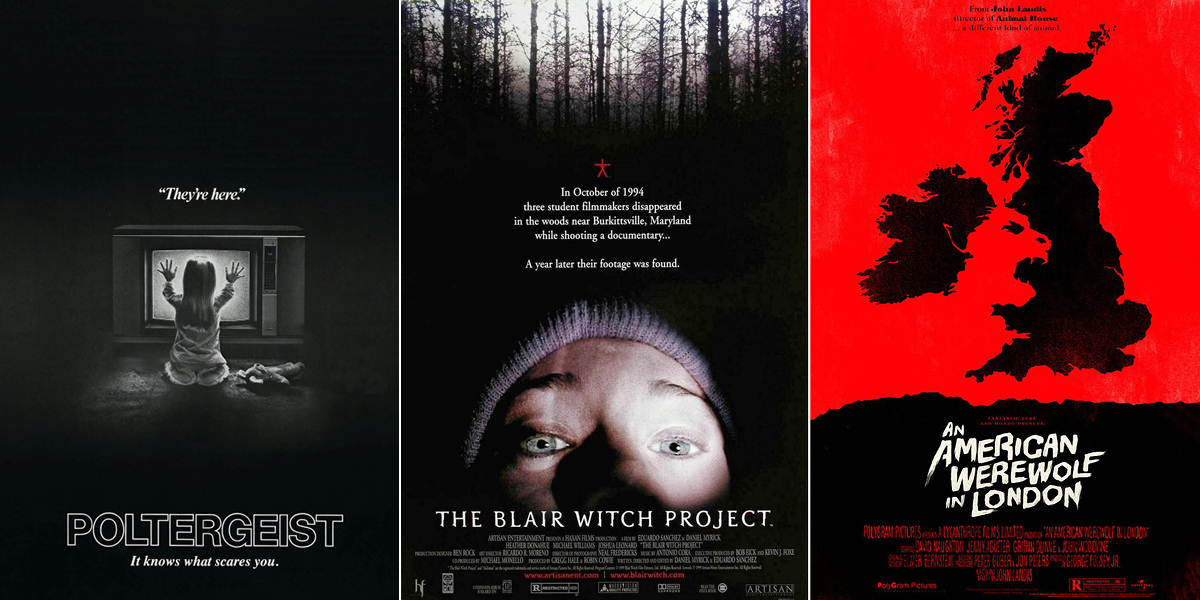 It’s that trick-or-treating, apple-bobbing time of the year again that involves overdosing on sugar, carving pumpkins, attending costume parties, playing pranks, visiting haunted houses, telling scary stories, watching horror films and what-not. So here’s our list of the Halloween Top Thirteen (unlucky for some) classic scary movies that will certainly get you spooked.

This horrifying tale of a regular all-American middle class family being haunted by a poltergeist in their new suburban home is a consistently scary classic horror movie. It may not get you hiding behind the sofa but there are so many nail biting, shocking and eerie moments in this film you’ll definitely get your terror on. The young daughter of the family, Carol Anne, is taken by the Poltergeist via a gateway in the television. There are creepy trees that try to attack the kids, clowns that come to life and a lot of supernatural furniture moving. Their lives are totally turned upside down and almost taken at some points due to this supernatural presence. It’s definitely one for the Halloween hall of fame.

“Here’s Johnny”…this is a chilling tale of a man’s struggle with his inner self and a bucket load of unnatural goings on in an old hotel in the middle of nowhere. Jack Torrance (impeccably portrayed by Jack Nicholson) and his family take-over said hotel and everything goes from bad to worse, demonic presence overwhelms him and sends him totally mad by the end of the film. This is a must-see terror-tale with creepy children, old ladies in baths and symmetrical camera work (thanks to the mastery of director Stanley Kubrick) assisting in adding to the scare factor in this 1980 classic. 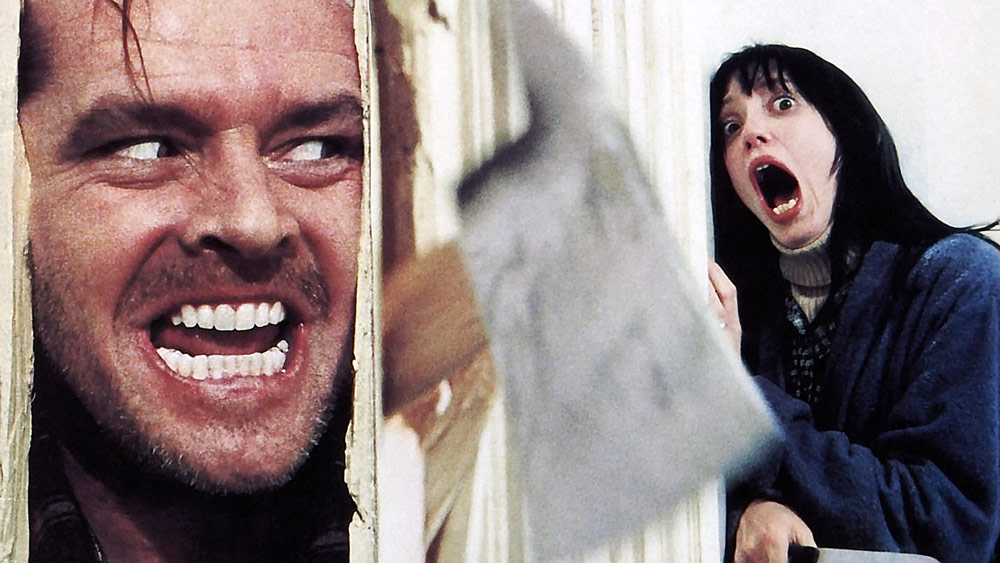 This 2002 remake, starring Noemi Watts, of the original Ringu is a dark and monstrous tale revolving around a video tape. If you watch this tape you are subsequently haunted by the most freakish little girl (Watts) with hair covering her face as she drips all over your front room having climbed out of the television. It sounds bizarre and almost comical but in fact it is shudderingly scary and gets under your skin, staying with you long after the movie ends. 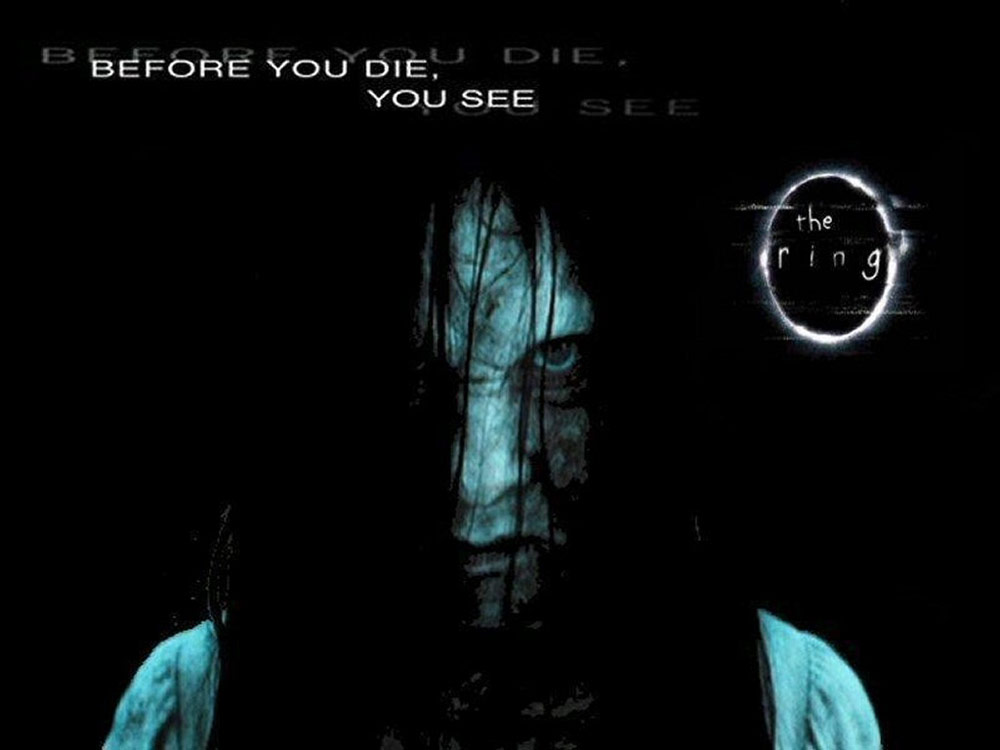 This chilling tale, set in the time of World War II, depicts a woman (Nicole Kidman) taking care of her children alone whilst waiting and hoping her husband returns from the war. They stay in an old Victorian mansion in the meantime and very creepy goings on start to occur, including communication with beings from beyond the grave. Be warned, there are lots of jumpy and ‘face behind cushion’ moments.

This was an instant classic depicting ‘that’ mask and a bunch of high school American kids in this teen slasher movie. Drew Barrymore, Courtney Cox, David Arquett, Skeet Ulrich, Neve Campbell, Rose McGowan, Live Schreiber, Matthew Lillard, star in Wes Craven’s (of Nightmare on Elm Street fame) 1996 who-dunnit style thriller where the best way for the characters to outsmart the killer is to have watched plenty of scary movies and know their horror trivia. 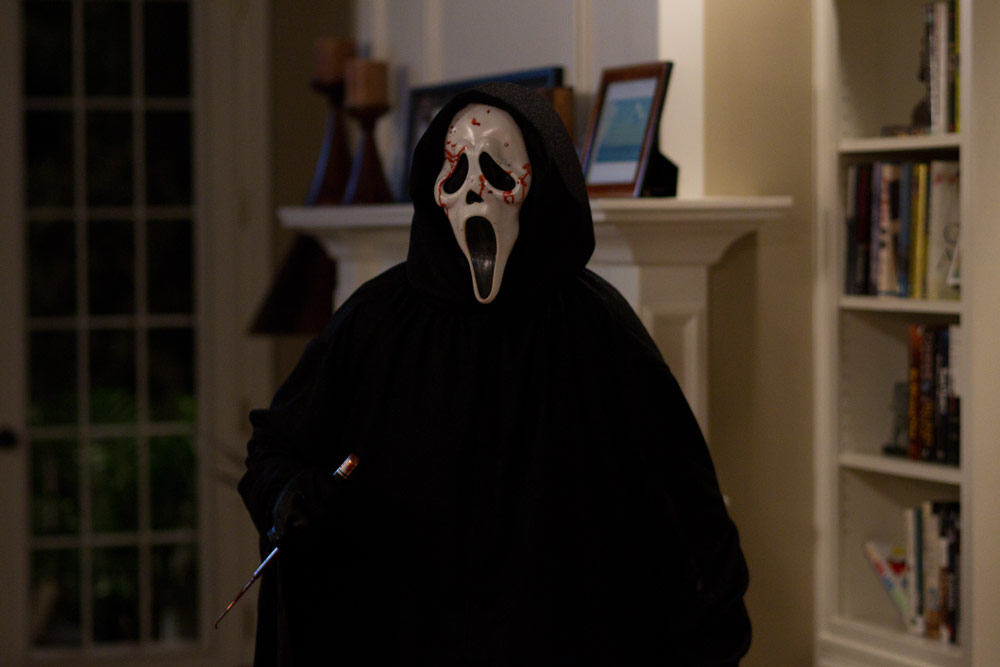 Three young students go out into the forest to film a documentary about a lengendary witch who lives in these parts. The three teenagers go missing mysteriously and after a year of not being found the footage was retrieved from the woods and cut into this very true to life film. The home video method of filming in this adds authenticity and depth to the realistic feel of this docu-style film. The actors don’t appear to be acting and the whole thing seems like an actual event right up until the concluding scenes. The fear depicted by the actors is very convincing and creates a sense of dread, panic and terror within us that this could actually be happening.

An American Werewolf in London (1981)

This has to be the ultimate classic scary film despite the genre crossing between comedy and horror. The make-up precedes its time delivering some horrifying effects. The story goes that a young traveling American gets bitten by a werewolf on his trip to London and subsequently becomes one himself. The film follows his gory transformations and attacks as he makes his journey through the city.

You may have to end up doing the full 5 movie marathon once you start with this one. It isn’t the scariest of films but it’s the most recent blockbuster hit that has to be worth a mention. There are elements of creepiness once we learn the nature of many of the lead characters, albeit disguised under a veil of a love story and lot of teen drama. But then there’s the cast, Kristen Stewart, Taylor Lautner, Robert Pattinson and all the other beautiful wolves and vampires that come on screen that make this a worthy contender for the Halloween top thirteen.

This has to be the ultimate horrifying tale of a young girl who is possessed by the devil. This is truly a terrifying horror story about a priest who takes it upon himself to save this poor twelve year old girl. The effects are excellent for the time it was made, it is extremely eerie and probably one of the scariest movies of all time.

This is a masterpiece of a thriller with twists and turns, a young boy with a “gift”, a serious acting role by Bruce Willis, a sharp performance by Toni Collette and a spectacular delivery by a very young Haley Joel Osment. This has to be one of the best supernatural thrillers to date; a definite winner for a Halloween screening.

This seriously stylish thriller was a box office smash hit in 1995 and has doubtfully been beaten since for originality, casting and impending doom! Kevin Spacey is impeccable as ever, Brad Pitt plays a very convincing rookie homicide detective under the patient and experienced wing of his new partner Morgan Freeman. The horrific murders and twisted psychopathic plot, based on the seven deadly sins, is one to be rivaled in genius and hideousness. It is probably one of the best thriller movies of all time.

This wouldn’t be a classic scary movie list without the one and only Freddy Krueger. If you haven’t seen the Nightmare On Elm Street films, of which there are many, then you have some catching up to do. Freddy appears in people’s nightmares, he has gloves with blades for fingers and an extremely scarred and hideous face. Freddy accesses his victims through their dreams, loads of slashing and killing, blood and gore later and these poor innocents wake up dead. It’s gruesome and not for the faint hearted, definitely a classic blood spiller.

This 1984 film has to have a mention, it is an all time classic movie which transcends time and genres but does have its fair share of scary bits, with a haunting performance by Sigourney Weaver and the comedy genius of Bill Murray. A team of guys start their own business, well, busting Ghosts basically. They invent some very funky suits with backpacks and traps that hold these ghosts that are terrorizing the city. And who can forget the car? It’s almost a scary movie, almost a comedy, almost a kids’ film and continues to remain a very popular Halloween choice.

Tulisa – Living Without You

Tulisa – Living Without You