The awesome foursome are here! The first trailer for Marvel’s Fantastic Four has arrived and it looks pretty amazing. The clip features a very serious monologue, presumably spoken by Dr. Franklin Storm (played by Reg E. Cathey) who talks about humankind’s immeasurable desire to discover, invent and build. As he is talking we get our first look at the superheroes – Miles Teller as Reed Richards (Mister Fantastic), Kate Mara as Sue Storm (Invisible Woman), Jamie Bell as Ben Grimm (The Thing) and Michael B. Jordan as Johnny Storm (Human Torch).

The producer Simon Kinberg told Collider in a recent interview that the first trailer would feature a “special Easter egg for fans”. We reckon this is the numbers “23.21.190.125” which can be seen for a short moment on the bottom left of the screen as Sue Storm looks intently at a bank of computer screens. If you put these numbers into a browser it’ll open a page about Latveria – the fictional country ruled by Dr. Doom.

We love the question and answer right at the end of the trailer – very thought provoking.

“Be ready for what’s coming…”

To watch the trailer in Creation 5, just tap here. 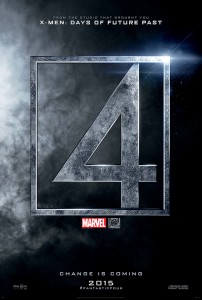