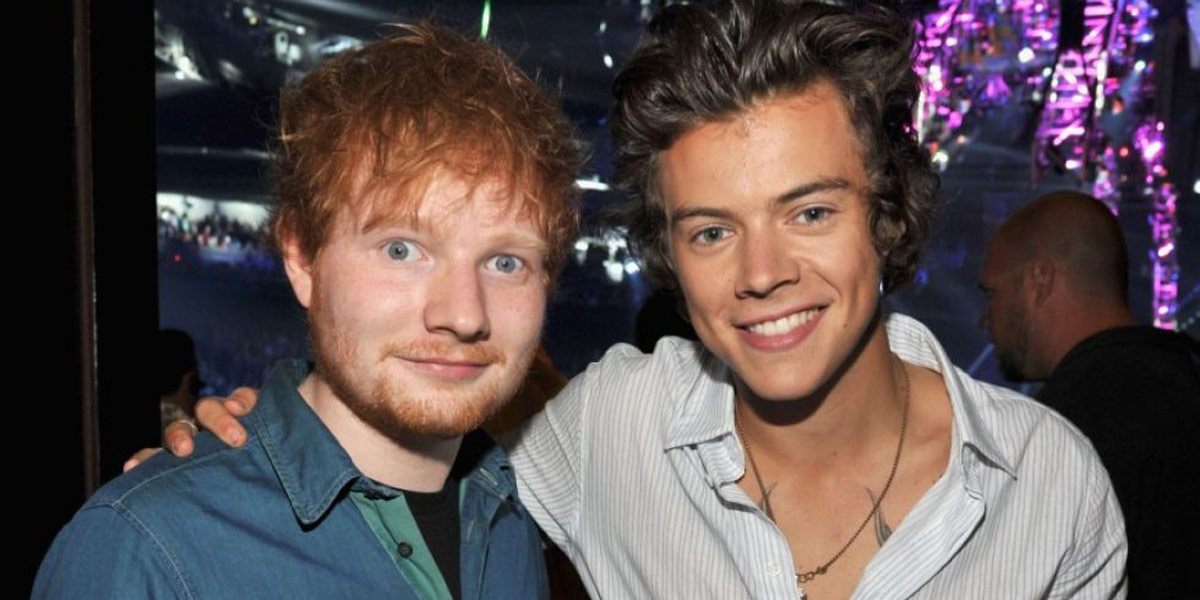 Many musicians get their big breaks in the music industry by writing hit songs for superstars. Here’s a list of celebrities with hit-making genes – a list of recent chart topping songs that were actually, and in some cases surprisingly, written by other famous artists. Some intentionally, some chose to pass on the opportunity seeing it as unfit for themselves, others were inspired collaborations between the artists.

This song was penned by Ed Sheeran when he was only 17. He had forgotten about the song but when Sheeran started working with One Direction on their second album, a friend (Fiona Bevan) had got in touch and reminded him about a tune they had come up with. Sheeran played it to the young English-Irish boy band and they loved it. Many thought it wouldn’t be the right sound for the lads but they were proved wrong when they released it on their second studio album Take Me Home and it became their fifth top ten hit in Ireland, second Nº1 in the UK (as did the album on which it appeared), fourth top ten hit in Australia, Nº2 in New Zealand, 41 in the Billboard Hot 100, their fourth top 40 hit on the Canada Hot 100 AND went platinum and gold in six countries. Not a bad feat for a song that had been criticized for being “lumpy” and “jarring”. It’s a very sweet acoustic song, and if you listen carefully you can detect Ed Sheeran’s influence all over it. 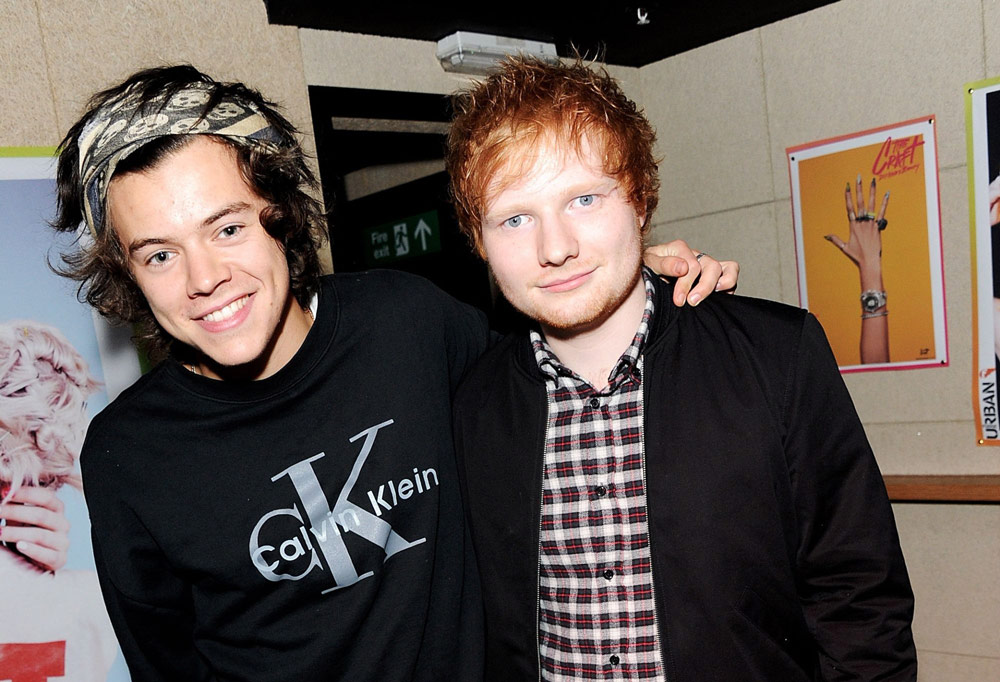 Miley Cyrus – Party In The USA

This was written by Jessie J and Claude Kelly with the intention of it being released by Jessie herself. However, once the song was written her team felt that it wasn’t quite the right style for her and so it was offered to Miley Cyrus for the album The Time of our Lives. Miley’s style at the time was clearly not as twerky or shocking as she was still trying to ditch the Disney-girl-next-door persona for her more recent wild child character. Jessie J’s reasoning behind rejecting her own song was that it wasn’t edgy enough, it definitely wouldn’t pass for Cyrus now but back in 2009 it was exactly what Miley needed to bulk up her album. Party in the USA became an international success topping the charts in eight countries and continues to be Hollywood Record’s biggest selling single which went seven times platinum in the US and four times in Canada.

Bruno Mars is a huge star in his own right but his talents do not stop at himself. He has written, co-written and collaborated on countless hit songs. One which has raised some debate as to the named credits is CeeLo Green’s F#@k You (more politely named Forget You). Bruno credited himself as the writer but CeeLo has since argued that Mars’ efforts were creditable but only as far as the producer not the writer of the smash hit song. Eventually the agreement resulted in the song having been co-written by Green and Mars. Some of Bruno’s other big hits for which there are no arguments that he deserves the credit for are; Flo Rida’s Right Round, Adam Lambert’s Never Close your Eyes, Justin Bieber and Love Me, Travie McCoy and Billionaire, The Vamps’ Can We Dance, B.O.B.’s Nothing on You (in which Mars actually features) are some of his big behind the scenes accomplishments. 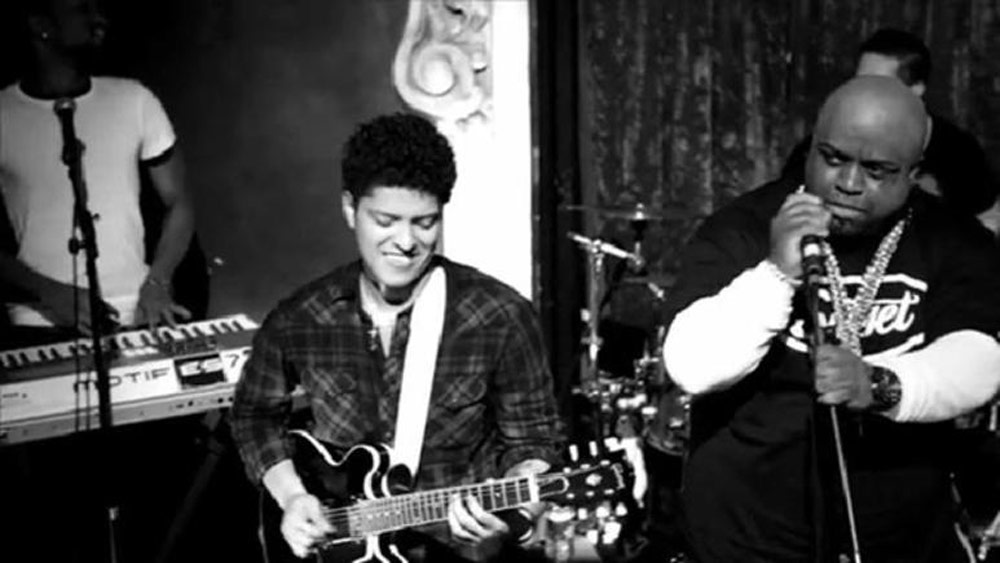 Justify My Love released in 1990 as the first single from the Immaculate Collection album and later in 2009 was added to the Greatest Hits album. The single went worldwide and topped the charts in seven countries. It is by far her most controversial and overtly sexual song, as promoted by the video which went on to become the highest selling video single of all time. Madonna did write a few words of the song but the majority of the lyrics were written by another famous singer songwriter; the one and only Lenny Kravitz.

Originally written with a male vocal in mind by Ne-Yo amongst other songwriters. After some deliberation Ne-Yo felt that the song required a female vocal and so co-wrote a new version alongside Beyoncé. Beyoncé had a few changes to make to it but whatever the two finally recorded seemed to work as it hit the charts in twenty countries. Ne-Yo has penned many songs working with and for the likes of Jay Z, Jennifer Hudson, New Kids on the Block, Rihanna, Jessica Sanchez, Lyndsey Lohan, Kelly Rowland and more.

Written and produced by Keys, Kanye West and Harold Lilly this became Keys’ third top ten hit in the States in 2003. Released as the lead single on her second studio album The Diary Of Alicia Keys, You Don’t Know My Name won her a Grammy Award and a Soul Train Music Award. A soulful ballad like this is not Kanye’s typical style of music and so this one came as quite a surprise, but as it turns out West does have a softer side and can turn his pen to many a talent.

We Found Love was written, produced (and featured) by Scottish DJ Calvin Harris in 2011. The video is yet another controversial hard-hitting portrayal about love, drugs, sex, destructive relationships, partying and hopelessness. This is one of Rihanna’s biggest dance hits; some go as far as claiming it to be a “club anthem”. Collaborating with DJ Calvin Harris on this proved a huge success topping the charts in no less than 25 countries and her longest running number one single. And one of the best selling singles of all time. 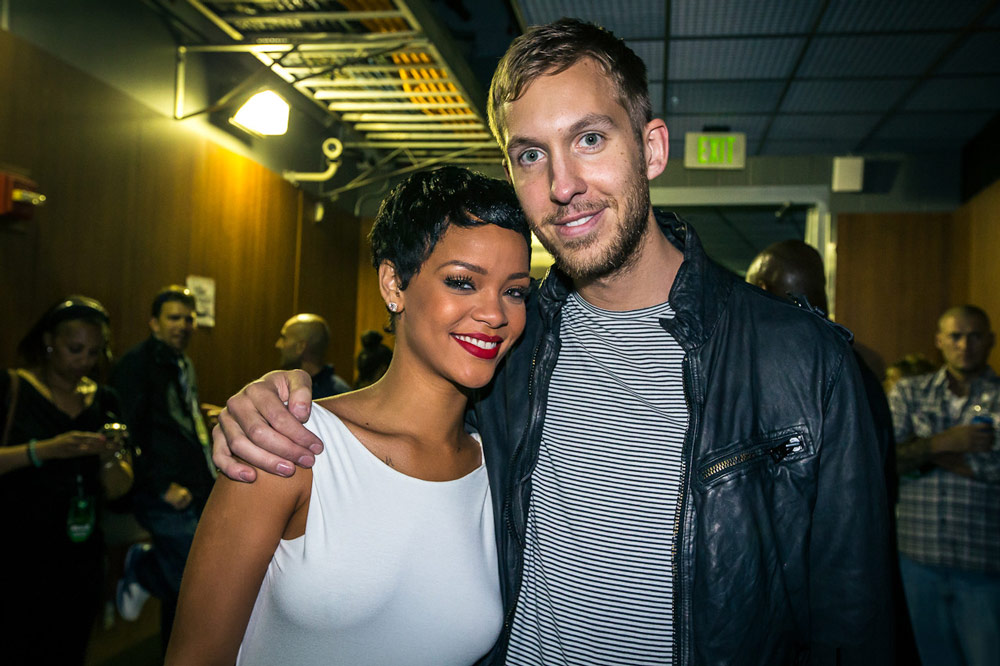 Sia has written songs for many famous artists as well as herself, including the most recent world cup song We are One (Ole, Ola) featuring Pitbull and JLo. Sia wrote Diamonds for Rihanna which became her (Rihanna’s) 12th Nº1 single coming top of the charts in twenty countries. As well as being a very successful musician, singer-songwriter in her own right, Sia has also been the brains behind many other artists’ chart topping hits such as; Cannonball by Lea Michelle, Ne-Yo’s Let Me Love You Until You Learn to Love Yourself, Perfume by Britney Spears, Radioactive by Rita Ora and Beyoncé’s Pretty Hurts to name but a few!