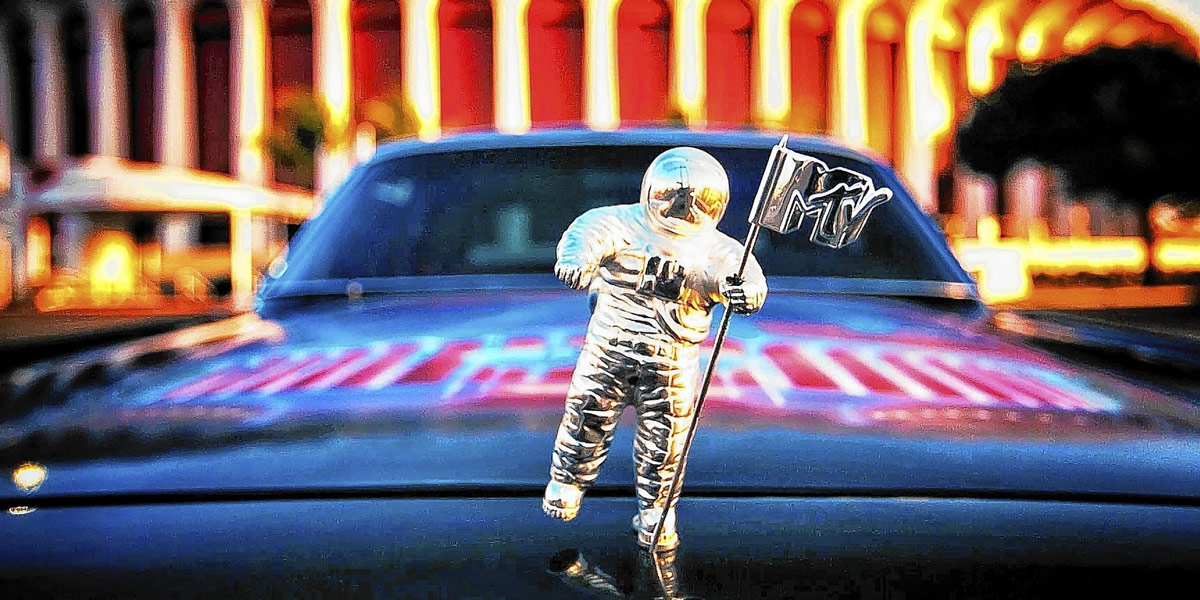 This year’s VMAs won’t go down as one of the best in MTV history, but it will certainly be remembered for its touching and surprising moments. There were also quite a few screw ups, from production mistakes to fashion mistakes. A few days before the show, Iggy Azalea slipped offstage while performing “Fancy” at the MTV benefit concert, a 6-foot boa constrictor apparently bit a background dancer during a rehearsal for Nicki Minaj’s “Anaconda” performance, and rap king Suge Knight was injured in a shooting at a West Hollywood nightclub for an unofficial pre-VMA party hosted by Chris Brown. 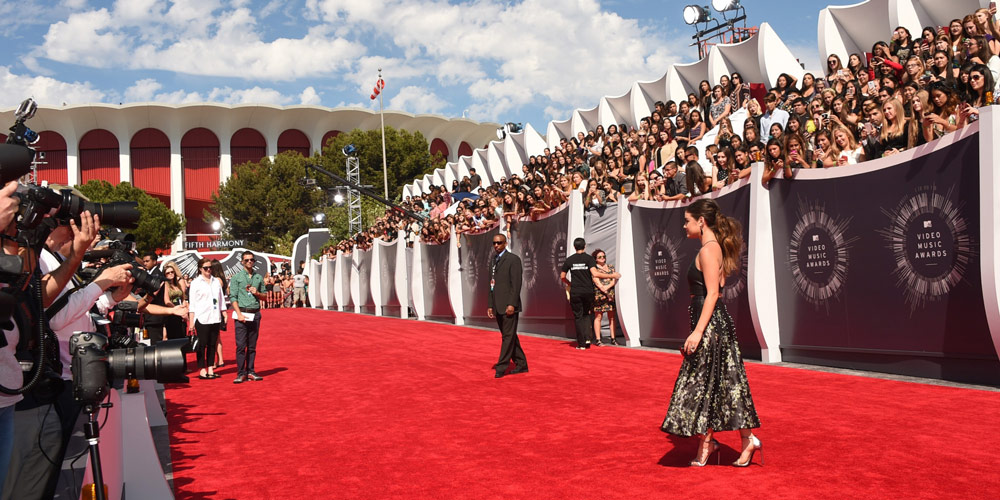 We expected to see a lot last night at the 2014 VMA’s, held at The Forum in Inglewood, California – a place where year after year celebrities make the headline news worldwide for their “conservative” display of sex, drugs and rock n’ roll.

Although we didn’t expect Miley twerking with teddy bears this year, nor did we expect Kanye West interrupting Taylor Swift’s acceptance speech or Madonna French kissing Britney, we did expect to see smashing performances from Jessie J, Nicki Minaj, Iggy Azalea, Ariana Grande, Sam Smith, Taylor Swift, Usher, Maroon 5, Five Seconds of Summer and, of course, the incredible Queen Bey – who, by the way, pretty much owned the award ceremony !

We saw some HOT performances last night. We saw Miley gracefully step back from the limelight as she sent Jesse, a homeless youth, to accept her trophy “on behalf of the 1.6 million runaways and homeless youths in the United States who are starving, lost and scared for their lives” and to raise awareness and funds to end youth homelessness… Way to top last year’s performance, Miley! Yes, we caught a glimpse of Miley shed a few tears, we also caught Beyoncé bow down and wipe her tears away after Jay Z and Blue Ivy surprised their very own Queen with the MTV Michael Jackson Video Vanguard Award (A.K.A. the Lifetime Achievement Award). Yes, there were many very special moments.

Yet not much happened in the name of controversy at the 2014 VMA’s.

We review the highlights:

Ariana Grande, Nicki Minaj and Jessie J opened the VMA’s by performing a crazy medley of “Break Free”, “Anaconda” and “Bang Bang”. There was definitely some twerking, jiggling, floor writhing, booty rubbing, twisting and turning involved in the trio’s performance and, despite the rumours, the last time we saw a live snake on a VMA stage was in 2001, during Britney’s performance of “I’m A Slave 4 U”. That’s right, there were no Anacondas dancing on stage last night. We did, however, see wardrobe changes and wardrobe malfunctions (although not as memorable as Janet Jackson’s slipup at the 2004 Super Bowl halftime show, alongside JT), when Nicki Minaj’s zipper wouldn’t zip after a 40 second costume change. She kept it professional though as she held her dress together with her hands, restricting her from further booty shaking.

Taylor Swift – “Shake It Off”

Taylor Swift performed her latest single “Shake It Off” for the first time on live television, surrounded by an ensemble of tuxedoed men. About half way through her performance, Swift almost jumped off a platform and into the arms of her strong handsome entourage. Instead of double-back-flipping off the stage (like we thought she would), she very sweetly got in touch with her dorky self and told the audience that safety comes first, even at the VMA’s, and walked down the platform.

Sam Smith did it again by bringing down the house and stunning the audience with his soulful, striped-down, piano-accompanied performance of “Stay With Me”. His performance brought back memories of Adele’s timeless and heartfelt performance of “Someone Like You” at the 2011 VMA’s. If the two Brits hadn’t touched our hearts by the time either of them had performed at the VMA’s, they sure left the stage leaving us wanting more. Smith’s simple and stunning vocal performances needed no dancers, stunts or special effects. It was perfect.

With a huge spider web as their backdrop, the sexy duo, dressed in matching diamond-studded, black sequined catsuits, brought their lyrics to life last night. They sure looked hot as they rocked the stage!

Beyoncé – a medley of her entire album!

Beyoncé outdid our expectations last night by delivering an incredible, stunning and perfect medley of tracks from her self-titled album, that took the world by storm earlier this year. Queen Bey avoided any wardrobe interruptions and owned the stage in a fabulously sexy bejewelled bodysuit throughout her 15-minute performance. Indeed, Beyoncé was having a blast up on that stage, giggling while singing the lyrics to “Drunk in Love”, as Jay Z and Blue Ivy gazed at her tirelessly from the sideline. Like always, she managed to get the crowd to stand up on their feet, to sing along, and to clap along, while she continued to deliver an outstanding performance, with a huge smile across her face.

To top it all off, Jay Z and Blue Ivy surprised “mama” on stage by presenting her with the Video Vanguard Award. Jay Z named her the “greatest living entertainer” and locking lips with the star, putting all divorce rumours to bed (thank you very much Mr. and Mrs. Carter!). What’s more, Blue added, “Good job, Mommy”, at which point the whole audience chanted out “Beyoncé, Beyoncé!” who, by the way, looked sensational as she held back her tears, bowed down to the crowd and said “I have nothing to say, but I’m filled with so much gratitude. I thank God for this moment. I love y’all so much. Blue Blue, I love you. My beloved, I love you. My fans, I love you. MTV, I love you. Goodnight”. 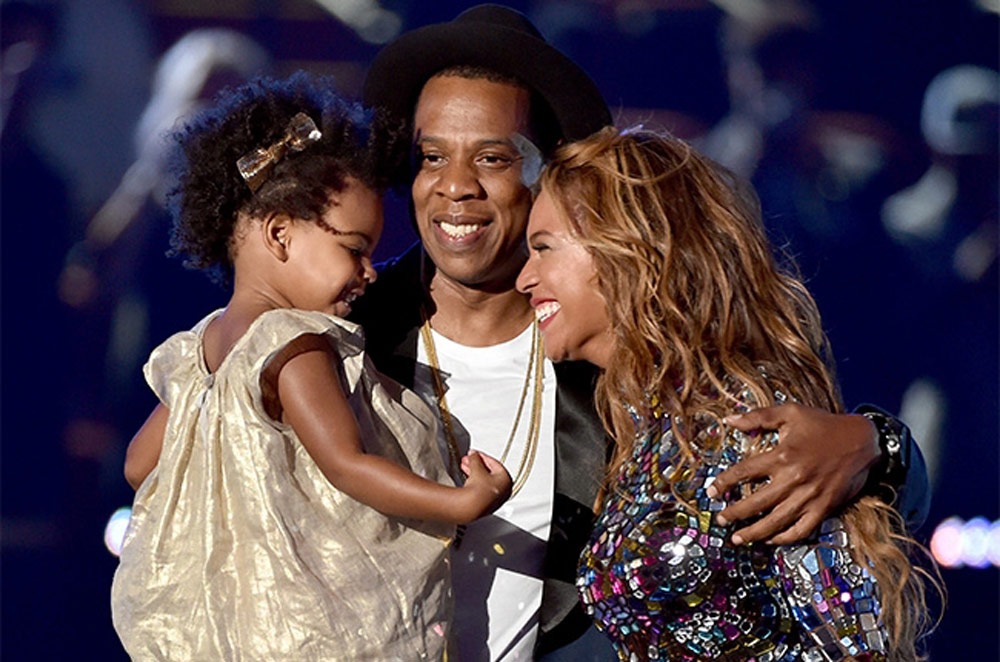 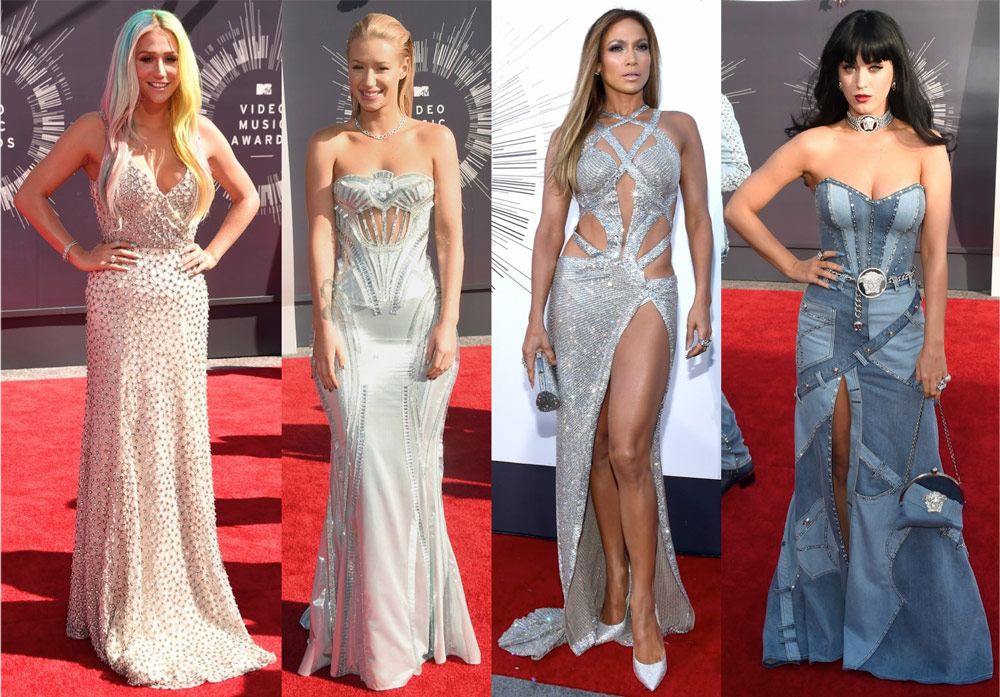 Click here to view MTV’s exclusive videos of the show!